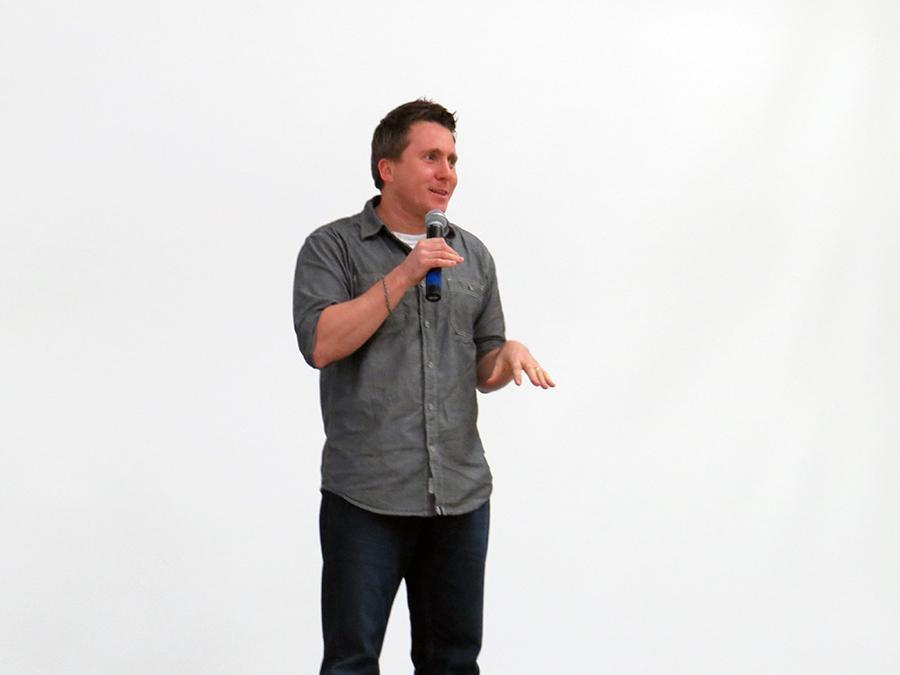 Jason Evert not only spoke at AHN, but Tampa Catholic and Jesuit as well. All in the same day!

On Tuesday March 4, Academy hosted a speaker named Jason Evert, a world known chastity speaker. He attended the Franciscan University of Steubenville where he studied Theology, counseling, and psychology. He has written over a dozen books and has multiple CD/Digital Audio recordings  available. Academy students were not too excited about hearing the speaker, students felt having a male speaker at an all girls school on chastity would be uncomfortable and awkward, but after he was done everyone’s opinion changed. All the girls enjoyed his talk and it made an impact on all students.

His talk mentioned many things; ranging from how girls dress, to future husbands. One idea he kept bringing up was the idea of, “what is your future husband doing with his girlfriend right now?” This simple question was very thought provoking, because very few high school kids think about that. It gave students a new outlook on sexual acts because no girl wants her future husband with another girl, and Evert also pointed out that boys feel the same way about their future wife.

He was able to relate his ideas and feelings, not through facts, but through examples. He told his wife’s story.

His wife, Crystalina, never had a loving father figure in her life, so she tried to fill that void with boyfriends, and let them take advantage of her. Her mom made her attend a talk similar to what students heard. After which she ended her relationship with her boyfriend because she wanted to save herself for her futur husband. Anytime she was tempted to do something wrong, she wrote a letter to her future husband. Evert received these letters on their wedding day.

Evert and his wife teamed up three years ago to educated teens and young adults about choices and the power of those choices. They have spoken on six continents, and to over one million people. Evert said he got involved in this work for two reasons: he lead a lot of high school retreats and listened to the problems the kids were facing, and he would talk to women who were having abortions and he felt too late to help these women.

When asked what one comment he would want the students at Academy to remember after his speech, if they remembered nothing else, Evert chose, “It doesn’t matter where you’ve been or what you’ve done, it’s where you’re going.” Evert wants students to know that it’s never too late to change their actions for the better.