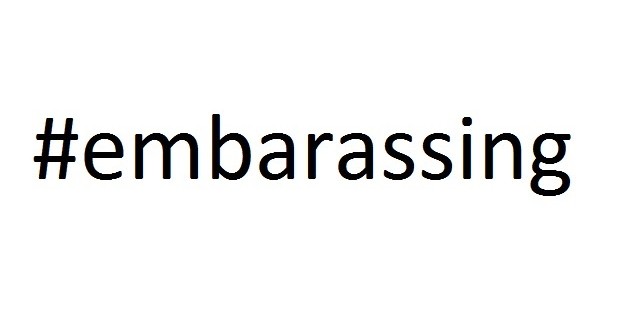 Hopefully this doesn't happen to you!

My boyfriend didn’t have enough money to pay for dinner.
“After enjoying a nice meal at Roy’s, it was time to pay the bill. My boyfriend pulled out his wallet and realized he didn’t bring enough money. He had to call his mom and she had to bring him more. We were 45 minutes late to the dance because of this.” -Gaby Ruiz (Senior)

I ordered my dream dress online and it turned out to be a nightmare!
“I fell in love with this dress online. It was beautifully beaded at the top and was flowy at the bottom. The dress was supposed to come in a week before the dance but it came in two days before. I tried it on and I practically suffocated in the layers of fabric. I didnt have enough time to get it altered or to buy a new dress so I had to wear it as it was. By the end of the night all the beading fell off and I was dripping in sweat.” -Rebecca Prossen (Senior)

He called me fat!
“One time my date played with the flab of my arm and said “What is that?”  He then said “I know for a fact you will eat all the food on your plate” Basically, I was called fat. ” -Alison Foley (Senior)

Dumped and Dateless
“I received a facebook notification the week of homecoming that told me my boyfriend broke up with me. He chatted me saying he didn’t want to date me anymore or take me to homecoming. So that was that.” – Grace Toups (Junior)

Our limo broke down on the side of the road.
“We were all jamming out in the limo and all of a sudden we came to a complete stop. The limo got a flat tire. We were half a mile away from the dance so we just walked. We were the last ones to the dance.” -Colleen Doherty (Senior)

You’d think third times the charm.
“Freshman, sophomore, AND junior year my date forgot our tickets.  I had a completely different date each year, and each year while we were at the door about to walk in, my date remembered that he left the tickets at home and their moms had to drive up to the dance and bring the tickets. This happened every single year, each year with a different date. It was so embarrassing.” -Kayla Rodriguez (Senior)

No phone, no bus
“Everyone was leaving the dance but I couldn’t find my phone or my group. My date and I frantically searched, but realized our group had left us alone at the dance- I was phoneless and his phone was at 1%. We managed to get into contact with the bus, which was already 40 minutes away. We were the last ones at the dance and we had to sit and wait with the chaperones until the bus got back. We started tracking my phone and saw that it was moving away towards the middle of nowhere. The phone was on the bus.” -Courtney Farrior (Senior)

I pleaded the fifth.
“So while we were at dinner, my date was asked if I was his girlfriend. Now, he had just broken up with his ex-girlfriend the week before and asked me as a friend. Thinking this was no more than a platonic friendship, I said “no” and he said “yes” AT THE EXACT SAME TIME, so I backpedaled and pleaded the fifth. It was so unbelievably uncomfortable, and as if he didn’t take the hint, he tried to hold my hand on the way into the dance. I was so caught off guard I yanked my hand away and scurried off. Honestly, I have never been more uncomfortable.” -Sofia Gonzalez (Senior)

Deadly date
“Freshman year my date got food poisoning and had to leave after dinner. The faculty would not let me into the dance because my date was not there. I had to wait outside for 45 minutes until my date (who still did not feel well) came and walked me in. He left early and I stayed by myself without a date for the rest if the night. Sophomore year my date got a concussion and I had to make sure he was coherent and constantly asking him how his head felt. Now it’s senior year and I’m hoping my date does not get injured.” -Molly Raush (Senior)

Shattered dreams
“I was sitting in the party bus and my friend was dancing. He went to grab one of the glass cups that are provided in the buses for water and it exploded. The glass flew at my face and scratched my forehead, nose, and right above my eye. I was surrounded by glass. There was even glass in my shoes. I started to cry.” -Cecily Curtis (Senior)