The Age Of Social Media 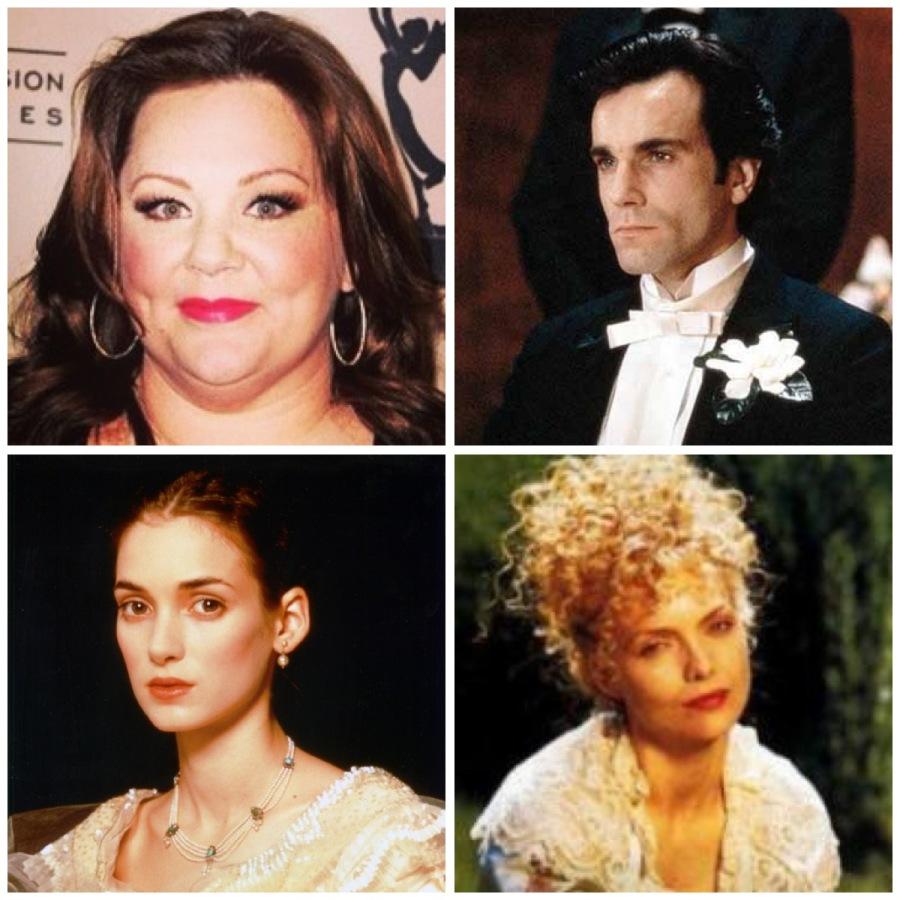 The newest project created by Dr. Oetinger for all of her AP Language classes is a social media project. It revolves around Edith Wharton’s classic novel ‘The Age of Innocence.’ There are four groups to represent each major character, Newland Archer, May Welland, Ellen Olenska, and Catherine Mingott. Girls are supposed to put their perspective of their characters lives through the eyes of social media, including Facebook, Instagram, Twitter, Pinterest and email. 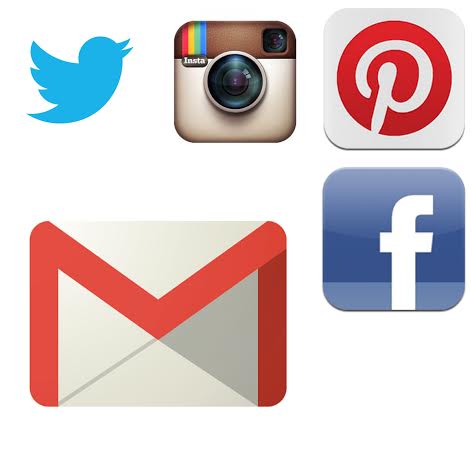 The novel is based around the life of Newland Archer and ‘Old New York’. This is a strict society, and looks all nice from the outside, but behind closed doors, it is a scandal. Throughtout the novel, Newland Archer realizes that beauty of May welland is not the only important aspect of a women and how society depicts that it is. He finds that it is the personality of Ellen Olenska which makes him fall in love.

“Students always have a hard time understanding characters if the book is more than about 50 years old,” Dr. Oetinger told me, “It was important for everyone to understand the characters, moral dilemmas, and the way Wharton writes, i find it hard to believe that girls of your generation would be able to understand.”

When asked how she was able to get this incredible idea past administration, her reply was, “I had to write a proposal to Mrs. Jowanna and Mrs. Buono and I just told them about how I would have all access to every account, but their main source of concern was the girls would misuse, so the clincher was they would also have access to all of the accounts, and making the accounts public would dissuade the girls from doing foolish things. 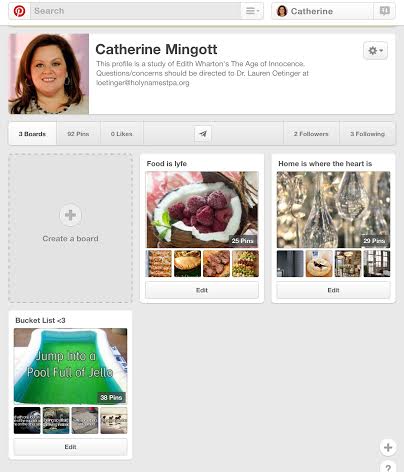 This project is a great way to get modern readers to get involved in ‘classic’ literature. For each character, there is an email, Facebook, Twitter, Pinterest, and Instagram. Each group is supposed to ‘friend’ each other and interact and communicate with the other groups in your class.

Junior Eva Prendergast said, “I’m having a really great time with this because its not a traditional sort of project and its really fun to participate. It’s different and it helps me understand the old characters to modernize them to this age.” And, Junior Rebecca Parrillo thoughts on it were, “It feels like its not even a real project because we all like to be on social media!” 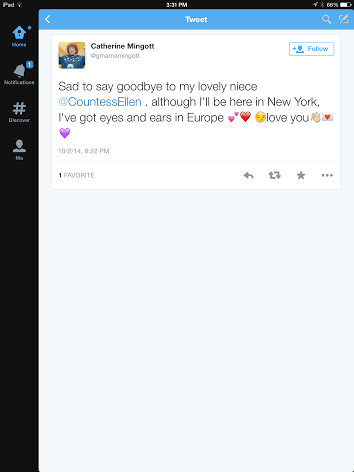 This project seems to be bringing girls less stress than a traditional power point presentation, which would not have much clarification about characters. This project helps the girls understand a book set around the 1800s in a fun, creative and modern way.

With the due date being Friday, October 3rd, girls are rushing to get all of their posts finalized and set for class. It is been a very exciting two weeks preparing all of the posts and being able to understand this old New York age.