Battle of the Decades: Jagball 2015 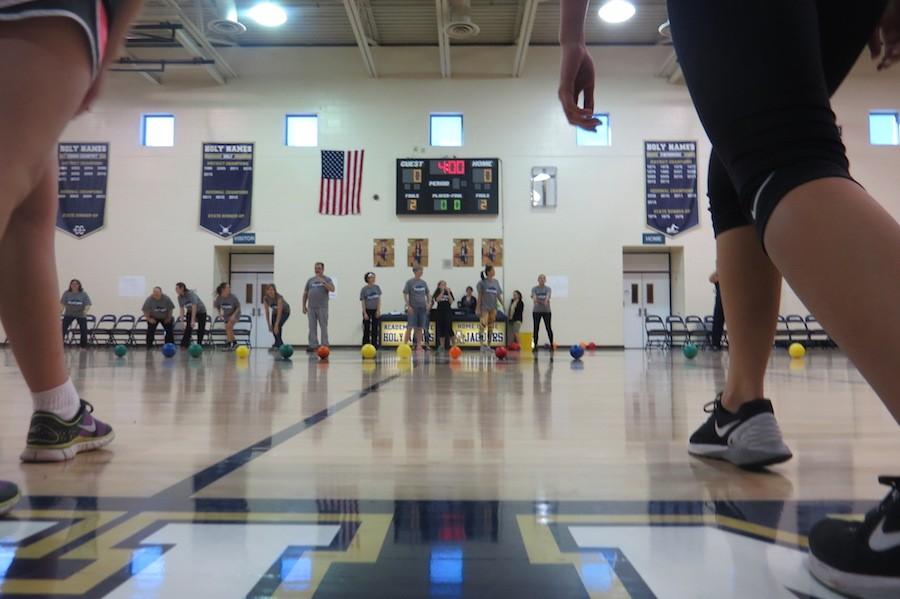 All Star game vs Teachers is always intense.

January 29th put all the grades to the test. The grades begin the afternoon with various t-shirts; gray, black, purple, green, and pink. Students and teachers were assigned decades based on seniority. The future was represented by the teachers.

This year the whole atmosphere of jagball was drastically changed by Student Council changing the battle to an in school assembly. When asked about changing Jagball during the day Sarah Castillo shared, “It was hard at first, because it meant we would have a time crunch, but everyone would be there.” The change paid off: the ambiance was incredible. “It worked out great, because it felt more like a pep rally than a competition.” The chants were great and involved all the grades. The sophomores teamed up with the seniors chanting. While on the opposite side, freshman and the juniors teamed up.

Senior, Sarah Castillo, was in charge of the whole event. When they decided the theme, student council thought of it “because most of the students are “90’s kids”, [student council] decided to leave that decade out and allow students to get creative with the past.”

The seniors were 80’s punk rock, and juniors were the 70’s. Sophomores were the 60’s in their lime green shirts. While freshman were the 50’s in bright pink.

Halfway through the games, the Academy’s own Jaguarettes performed a throwback dance choreographed by the Senior representatives that includes “Hollaback Girl”, “Crank that, Soulja Boy”, and “Low”. They also performed their pom competition dance as well.

After the grades had all competed, it was time to select the “All-Stars”. The “All-Stars” battled against the teachers. The teachers in their futuristic grey tees, approached confidently while the students began the intense preparation for the battle that was about to come: the “All-Stars” emerged victorious

The final battle came down to the Juniors and the Seniors. At the end, the seniors became victorious. After the battle, the girls all came together despite the various competitions.

This Academy tradition causes intense competition within the grades, but always ends with the alma mater all together. The prize of winning the games is points added onto your grades total spirit week points.

This year’s Jagball game proved to be one of the best of the decades. The afternoon was filled with friendly competition and more importantly sisterhood.