Hairspray: Behind the Scenes 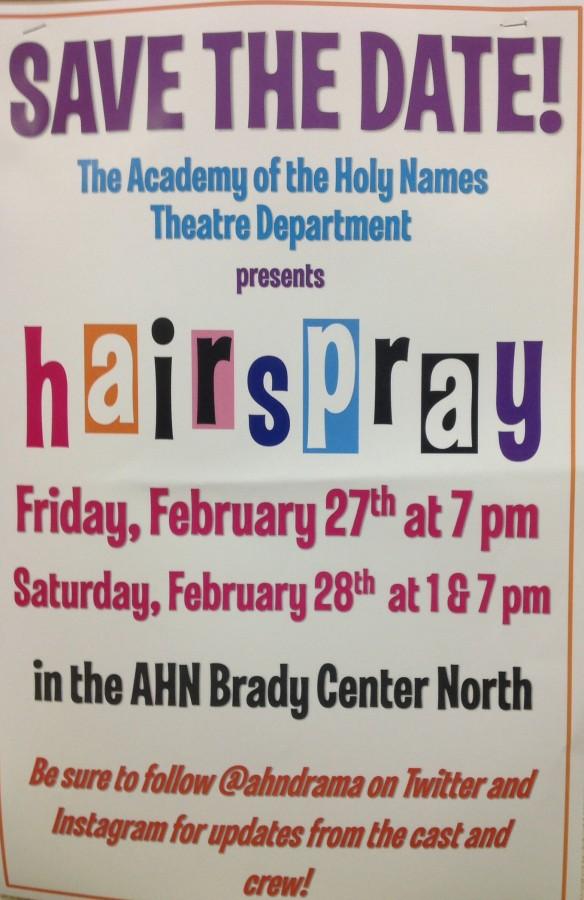 Hairspray is a musical centered around a highschool girl in the 60’s, Tracy Turnblad, who dreams of being on the hit television show and believes that integration is the new frontier; which means that black and whites come together as one community. Performing Arts Director, Vivian Kimbler, is working extremely hard to make this production come to life. To get the inside scoop into the show (and what it’s like to be a part of the cast),I interviewed lead actress Ally Pazzi, supporting actress Alejandra Lozano, and Kimbler as well.

ZB: Why did you chose this musical?

VK: “Because its a good message, and has fun musical numbers .”

ZB: What kind of expectations do you have for the cast?

VK: “This is a major production. It’s a good challenge for the for the students (actors) to learn something and to gain confidence. I always tell them, “never know unless they try”.

ZB: What do you like most about Hairspray and your part, Tracy?

AP: “I love that Hairspray is such a fun and energetic play. It has great songs, and I love that we as a cast are really good friends now; it makes rehearsal a lot more fun. Tracy is such a happy and fun character to play, she loves life and just wants to dance 24/7.”

ZB: What’s the most exciting thing about Hairspray so far?

AP: “I think the set is going to be amazing, the props are looking very bright and colorful. Also our costumes are very colorful. When it comes all together I think the play will look super pretty.”

ZB How is the program so far with Mrs. Kimbler?

AP: “The amount of dedication Mrs. Kimbler has put into this play is amazing.She is working super hard to make this one of the best plays ever. She always makes sure that we are doing our best and [she] is a great director.”

ZB: Have you ever been the main role before in a play? And if not how do you like it?

AP: “I have never been the main role before, but it’s not that different from other roles. Playing a character like Tracy makes it easier because she’s just so nice and happy all the time.”

ZB: What is the biggest change that has occurred in this productions than from previous ones?

AL: “There are more boys involved and a lot more participation from other schools than before”.

ZB:  Since you have done previous performances, is it easier to memorize your lines and perform with no fear?

AL: “Yes, because you only get more comfortable with the stage as time goes by”.

ZB: What is your part in the play?

AL:”Mrs. Pinky and [another supporting role]; it’s not the role I wanted but I can adjust to any character”.

Be sure to come out and support a show that’s been six months in the making!! You can pre-order your tickets here for $5; tickets are $8 at the door.