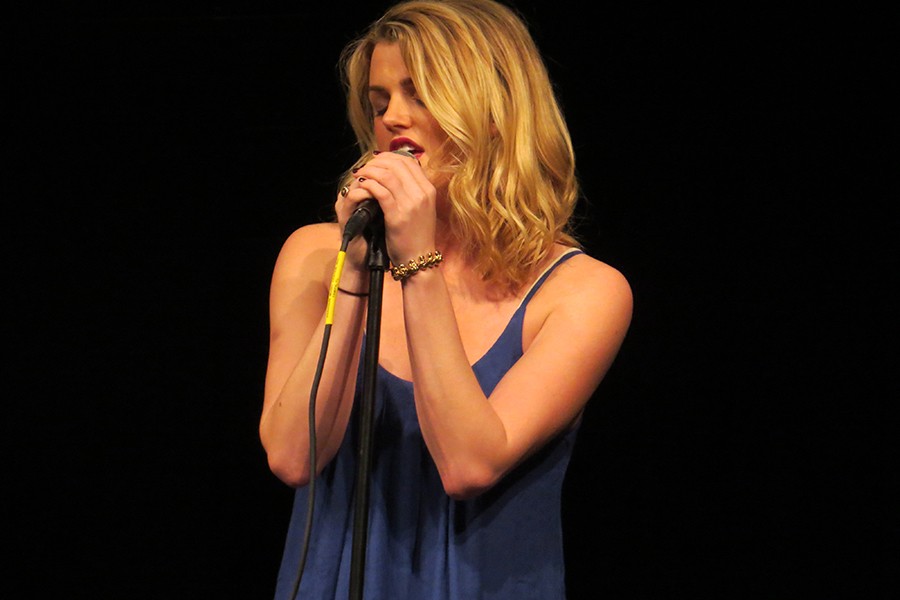 The line-up for the show went as follows:

They did a great job as emcees. They kept the crowd laughing with their hilarious jokes and many costume changes.

Avery has a powerhouse voice that can get her far. She gave the song so much meaning in the way that she sang it and captured her audience.

Together they created a comical performance that kept the audience laughing.

Juliana performed her original song acapella style. It was refreshing to hear a new song by one of Academy’s own.

Melissa has a sweet voice that captures the audience. I was entertained the entire time and didn’t want it to end.

Maggie showed a lot of personality in her performance. She moved around the stage and kept the audience entertained.

These two showed us some greats tips on how to make fabulous cupcakes. They took basic cake mix and made it into something original and new. The samples were a great idea.

This song inspired many of young women through the way that she sang it. Her voice was mellow and lovely.

Clarisse did a great job singing. She has a quiet and sweet voice that captures you. Paula did an amazing job of playing the guitar.

Courtney’s dance was amazing. We love seeing her talent here at Academy.

They did a great job of choosing to mash up these songs. They flowed well together and was a great ending to the talent show.

Overall the experience of the talent show was described as “artistic and great” by Gaby Ruiz (senior). Jaime Jurado (junior) said, “I had a great time watching all of the acts and love seeing all the talent we have here at Academy.”