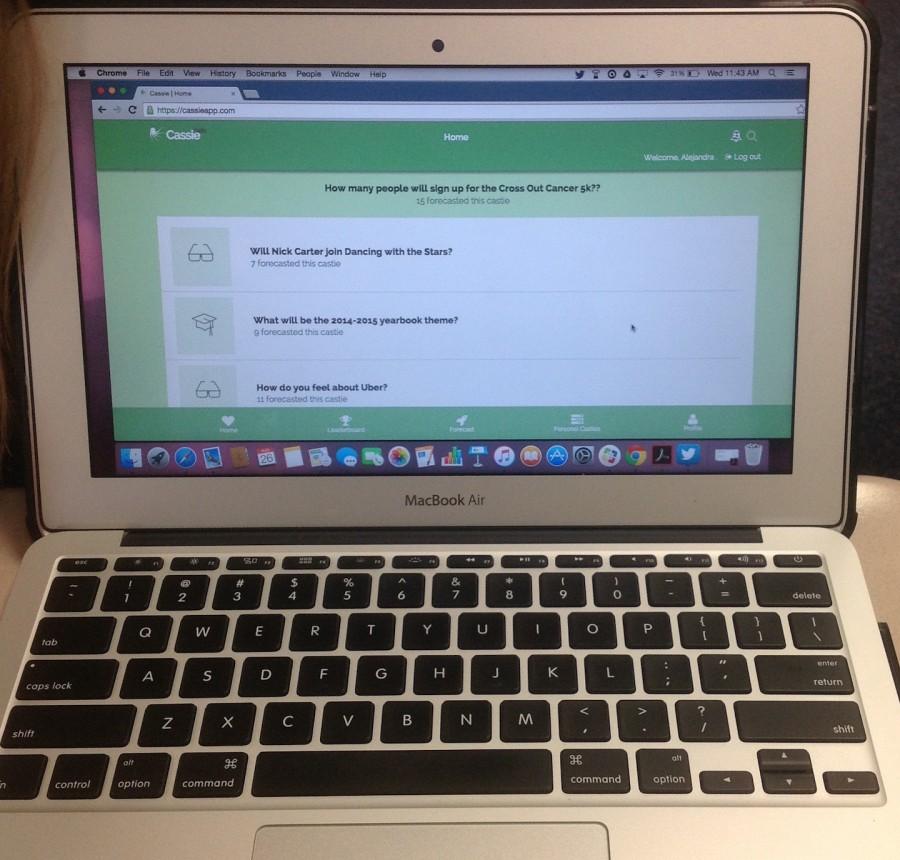 This year AHN is welcoming a new form of social media, called the “Cassie App”, which was started by two of our very own alumni from the classes of 2008 and 2010. Cassie is the newest form of social media where “casties”, or forecasts/predictions on future events, are the content being shared.

Cassie launched this past week exclusively at AHN for students to test and use before it is spread to other high school or college campuses. Some popular casties so far have ranged from “when will the parking garage be completed?” to “will AHN win their season opener volleyball game?” As well, there are other general casties on pop culture, such as; “will Zayn Malik return to 1D” to current events like “who else will decide to run for president?” Essentially, Cassie is one centralized location for everyone to share their predictions on events happening around campus and other general events. On the app, you can compete with friends and engage each other through the site.

The Cassie team has recruited five AHN interns so far to act as ambassadors on campus. Last week, the Cassie interns passed out Cassie octopus logo stickers for students to place on their new MacBooks. On September 1, they will gave out a $100 gift card for the Cassie user that was #1 on the leaderboard; the prize went to junior Chloe Paman. Teresa Toranzo, one of the five Cassie interns, remarks that “being a cassie intern is a good experience plus an amazing accomplishment to put on her college resume”. Another intern, junior Lara Lontoc, believes, “just like Facebook and other social media sites I think Cassie will have a great lauch and go viral.”

If you haven’t already, join the movement and sign up at cassieapp.com and start forecasting. There are many more prizes to come for Cassie users who can most accurately forecast the future with friends!