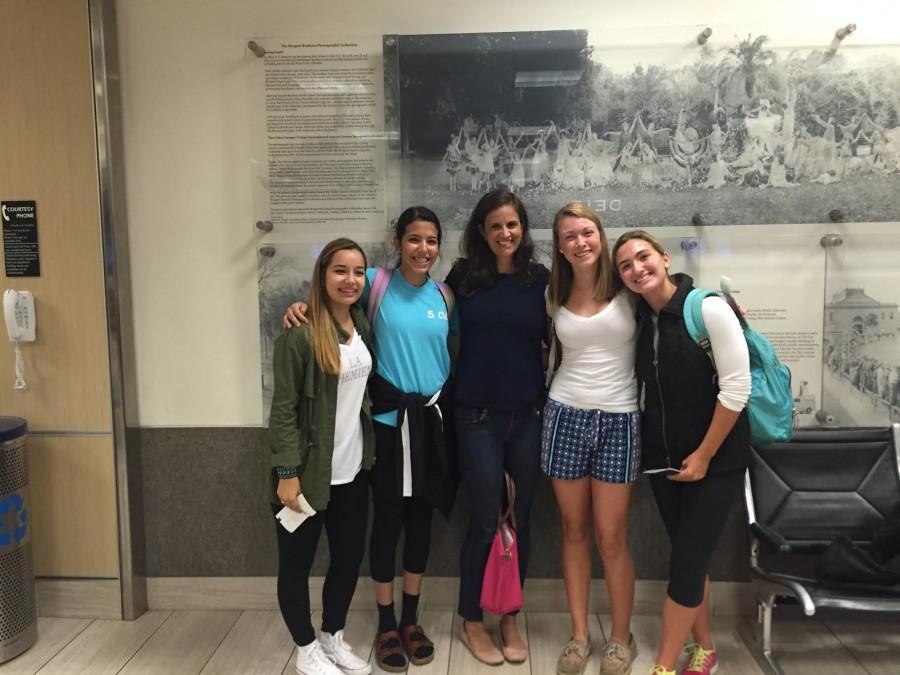 After the long flight over, the girls were met with icebreakers, scavenger hunts, and Academy students from all over the world, including our sister school in Lesotho. They admit they were hesitant at first, but they opened up with time and formed connections with their fellow sisters.

The group participated in intellectual discussions about social justice issues and engaged in service work. They performed small tasks like visiting a hospice for older SNJM sisters, teaching basic English to kids at a French day care center, and helping an order of priests sort their shelves of books. The girls also received a tour of Montreal from fully functioning mentally handicapped individuals; including a stop at the church where Blessed Marie-Rose Durocher was buried.

The girls unanimously report that they gained life-long friendships and practical knowledge from the trip. Junior Anne Marie Yatsula agrees that the group bonded over the universal concept of social justice. Yatsula also acknowledges that another intangible similarity was present. She says “although we’re across the oceans there was still the same sister-y bond that we all had within our schools”.

Sophomore Alex Smith stresses that the next step is “bringing the mission of the sisters back to the school”. The girls hope to accomplish this by starting a social justice club here at Academy. They feel they have been equipped with the tools to have a meaningful, efficient, and active club.

The club’s mission is to focus on one social justice issue a year, and try to really make a difference in that area. This year’s topic is water; chosen out of inspiration from the Lesotho girls’ everyday struggle for clean water. Smith says “the girls from Lesotho actually wrote a skit about water.” She was shocked at how different their experiences were. “The girls we had become such close friends with had to walk miles for water everyday” she says.

The girls learned about a company that sells water filters for between thirty-five and fifty dollars that are shipped to undeveloped countries. Junior Abby Morris comments, “they can filter gallons of water at a time”. The club plans on having a Valentine’s Day fundraiser dance to earn money for the water filters. In addition they are starting a partner project with the middle school to educate them about social justice issues in their theology classes.

The name, T-shirt design, and moderator for the club are pending, but Yatsula announces that the club should be ready by sign up day on September 14.