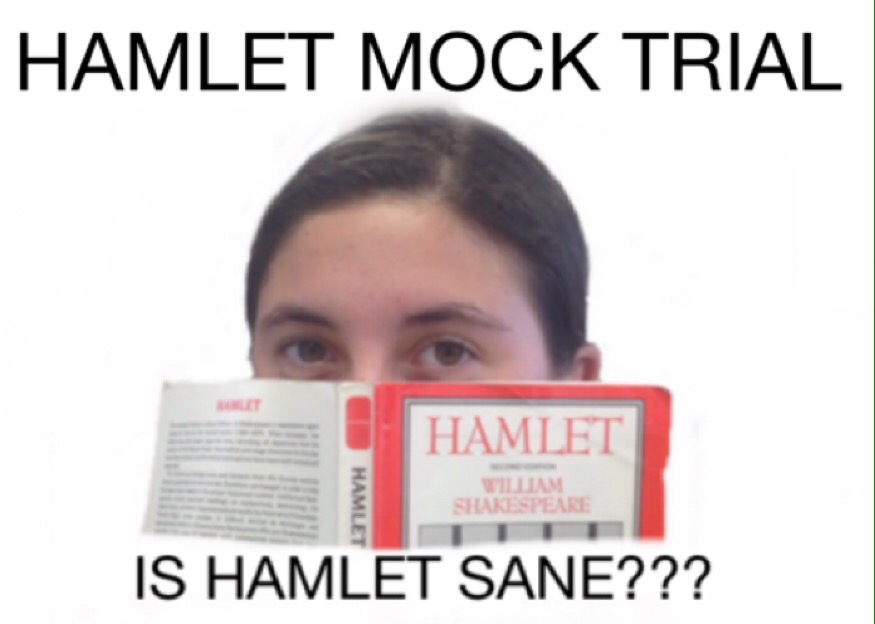 Coming up in the 11th grade AP Language class is a project called, the Hamlet Mock Trial. The purpose of this is to challenge the students knowledge on William Shakespeare’s play, Hamlet.

The  Juniors have been given the task of  putting Hamlet on trial for his crime, the murder of three people.Their AP Language teacher, Dr. Lauren Oetinger’s goal is for students to think about certain aspects of the play and to be able to justify their side of the argument, just like an actual trial by jury.

Students will separate into four groups: the prosecutors, the defense, the witnesses, and Hamlet himself. The jobs of the four groups are as follows:

Prosecution – prove Hamlet sane and that his crimes need to be answered.
Defense – prove that Hamlet is insane and will not have to answer to his crimes.
Hamlet – prepare for questioning from the prosecutors and defense.
Witnesses, or the characters in the play that have been murdered or whose death could be blamed for Hamlet – discuss the times they discusses about or to Hamlet as evidence.
Jury and Judge – Dr. Oetinger

From these presentations, the groups will be graded upon the accuracy of their points as well as the strength and how well they present their evidence and prove their argument.

Junior, Jenna Maceovsky adds, “I learned that a mock trial is actually an easier way to prove a point and actually examine what you’re reading more closely without having to do an insane or boring amount of work.”

From this project, Junior, Kendall Bulleit exclaimed, “I learned how to sufficiently present evidence and be a witness. I also learned by watching the defense and prosecution how to make claims and object to other answers.”