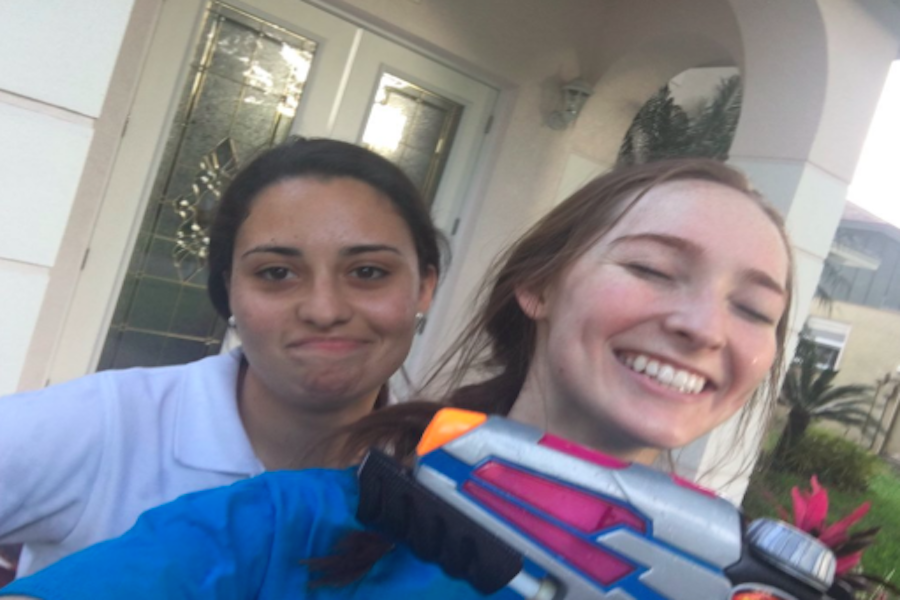 As the school year continues to wind down, senior calendars are jam-packed with a myriad of exciting events, many of which they have been looking forward to since their freshman year. Of these, Water Wars is perhaps the most anticipated event in April, beginning on Monday the 25.

Although the origin of the Water Wars tradition among high school seniors everywhere remains uncertain, the game generally follows the same guidelines, no matter the school. Generally, seniors form teams and attempt to eliminate each other by means of approved water weapons before the end of the established time frame.

At Academy, the senior class communicated and compromised on the following rules:


Homerooms as Teams
While most high schools are asked to form teams no less than five and no bigger than ten, Academy girls consistently align with their respective homerooms to make for roughly four teams each year. This way, the teams are larger and more diverse.

Senior Adri Torres remarks, “I love how our teams are by homeroom. It allows us to branch out with our other sisters that we may have chosen if we were to pick our own teams, which makes it way more fun. Also, then people who live near each other on our can team up and get other people out.”
Forbidden Territories
Just because Academy seniors are participating in Water Wars, does not mean the greater community wants to be involved. Several places serve as designated safe zones so as not to disrupt others or jeopardize the safety or reputation of any Academy girl. Places of work, school sponsored events and church services are off limits.


The Celebrity Shot
Any team member that has been eliminated may seek out and shoot any girl that would have been in the graduating class, had they not left, to resurrect themselves. In 2016, past principal Mrs. Jowanna had expressed a desire to be targeted as a celeb shot.
Duels
Should two players shoot each other at the same time, they may choose to engage in a duel to settle the dispute. Standing back to back, two players will turn to shoot after a countdown conducted by two supervisors from other teams.

One of the last Water Wars of the season, Academy girls have been eagerly awaiting the day they could tear into their Supersoakers and bust out the water balloons. The senior class undeniably emits a competitive spirit, which is guaranteed to be evident during the games.

Senior Christina Thompson exclaims, “I’m excited! I love seeing how every school is getting so intense in the games! It really is every man for themselves.”

“Other schools are lame and they all get out in the first few days, but I feel like ours is going to be really intense and hard to get people out,” adds Lindsay Boos.

Water Wars will end at 11:59 PM on Sunday May 1. In the mean time, follow @AHNWaterWars on Twitter to stay up to date on all the action.