Golden Girls Changes For The Future 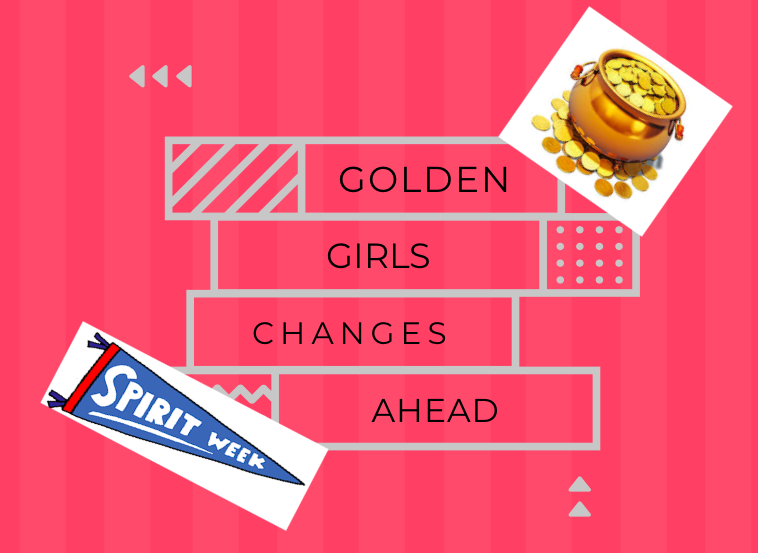 The Golden Girls Spirit Club are known for conducting the fall pep rally at the beginning of the school year, organizing spirit week, choosing the winner of the spirit stick at the end of the year, and attending events around Academy with an energetic vibe.  However, this year spirit week will look a little different because the dates have changed and students can now enjoy a full five days. Luckily, the Do’s and Don’ts have not changed.

The decision to switch spirit week from coinciding with the dates of Catholic Schools week (Jan. 28- Feb. 3) was made by the Golden Girls Club unanimously in order to increase the opportunity to host dress up days and activities. The three day week will now be a five day week occuring the week before prom (Apr. 16-21). All Catholic Schools week events such as Monday Mass and service day on Wednesday will remain. Academy now has the chance to have a full five days of school with the regular schedule.

“I’m excited to have a full five days to dress up. One day might be according to the theme of prom or Cinderella, the musical going on that week. We can actually have a pep rally and separate ourselves from student council,” Co-president of Golden Girls, Erica Dierks (‘18).

During this fun week of games, contests, and a pep rally, all grades will compete against each other for the spirit stick. Next year, the club plans to officially move spirit week to the week before Christmas break, leading up to the formal dance.

February: Candy Grams can be sent between students for no points.

March: There will be double points awarded to the winner of the Penny Wars. There will be a pot of gold for the visual representation of pennies collected in the lobby outside the iLab. All proceeds will go to the Lesotho scholarship for Academy’s sister school in Africa.

May: Senior Farewell, Field Day across the bridge.

Keep an eye on the bulletin board run by Golden Girls outside of Melissa LeBlanc’s homeroom, N206.