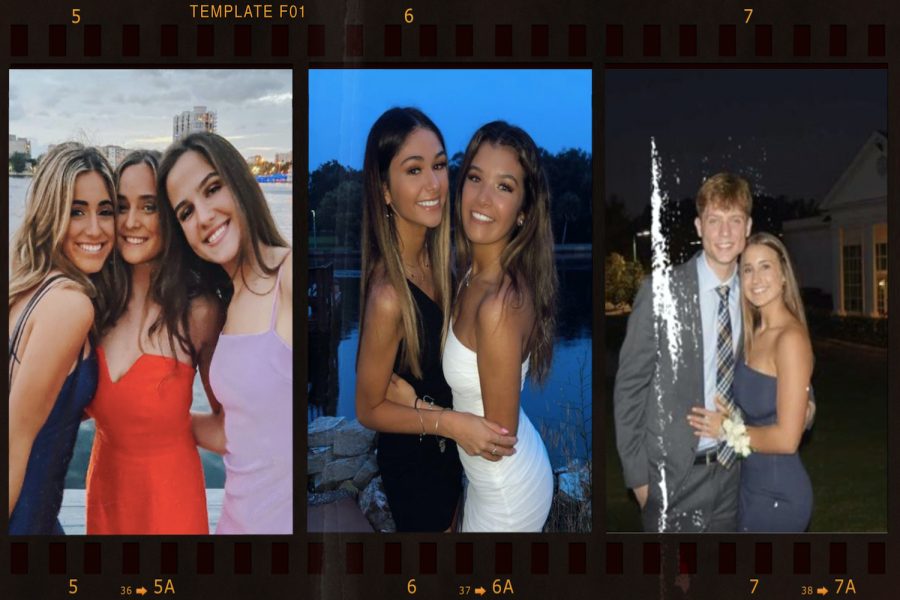 Academy students celebrate FOCO, also known as fake homecoming, in order to make up for the rescheduling and cancellation of different schools' homecomings.

However, this year, Jesuit High School’s homecoming was rescheduled for March 6 due to COVID-19. Many students were dissatisfied with this solution because homecoming is known as a fall event, so it now conflicts with Prom which is in the spring. Therefore, many Academy and Jesuit students took matters into their own hands and decided they were not going to wait — hence the term FOCO, also known as fake homecoming.

Many friend groups have ignored the rescheduling of homecoming and instead organized a FOCO. Groups did everything the same as they would for homecoming, except there was no school oriented dance, so the “dance” took place at someone’s house.

Senior Samantha D’onofrio and her Academy friends gathered on the docks outside of American Social for pictures and after ate dinner at the restaurant.

Donofrio said, “We decided to do a FOCO because we all wanted to dress up and take pictures with each other. We didn’t want to have to wait till March. It was super fun.”

“My friends and I took pictures of a girl in my group’s house. Then we went to the mall and ate at California Pizza Kitchen and finally went to a party at someone’s house. We decided to have a FOCO because we thought it would give us a glimpse into normal times. I thought it was more fun than normal homecoming because there weren’t any strict rules, and I was able to go with my Tampa Catholic friends.”

Senior Ava Compansano and her Plant friends decided to have a FOCO since Plant high school hasn’t rescheduled their homecoming.

Compansano said, “We did pictures and ate dinner at Palma Ceia. We had one because we missed out on real “HOCO” due to COVID and still wanted the fun experience for our senior year. It was not the same as the normal homecoming experience because there was no real dance, but it was still very fun.”

Many friend groups, however, did not have FOCO festivities as a way to be precautious during pandemic times.

“My friends and I decided it wasn’t the right time to have a FOCO event due to COVID. We decided we would wait to see how homecoming in March will play out and if that gets canceled too, then we may decide to do something then,” said Sarah Devaney (21’).