It’s a No Go for Joe 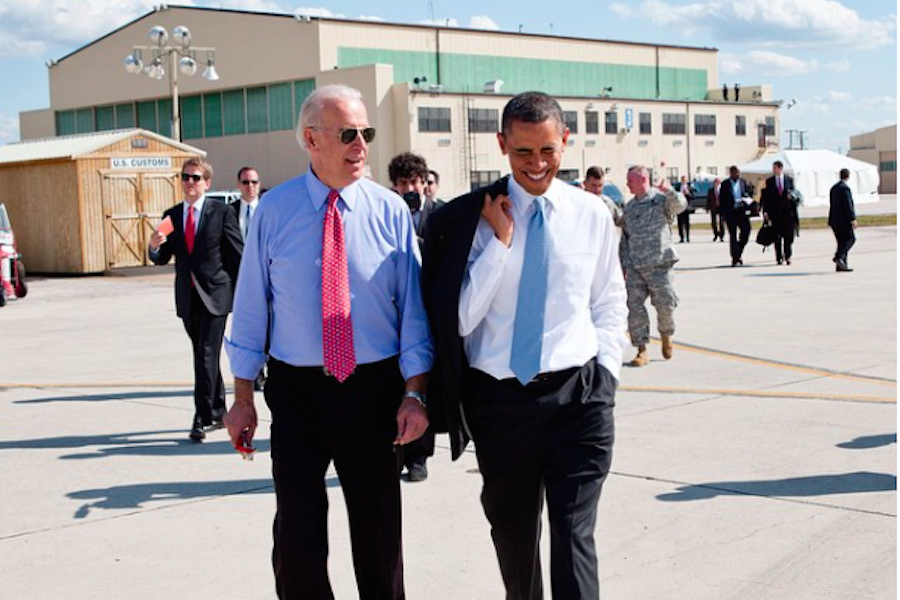 POTUS and VP caught demonstrating why they're #relationshipgoals

As the Presidential Election of 2016 approaches, hopeful candidates have already begun actively establishing and developing their campaigns with the common goal of winning the primary vote from their respective party. However, the Democrats quickly grew impatient waiting in suspense for an announcement from Vice President Joe Biden in regards to whether or not he planned to compete. On Wednesday October 21, Biden remorsefully delivered a speech to the United States of America that he would not be pursuing the presidency.

Biden has declared he is not running for president, making him officially the biggest presidential tease since Marilyn Monroe.

Although the unfortunate and untimely death of Biden’s son Beau certainly contributed to this difficult decision, Biden claims it was not the only reason he stepped down. “I couldn’t do this if the family wasn’t ready. The good news is the family has reached that point, but as I’ve said many times, my family has suffered loss,” Biden explained in the White House Rose Garden on Wednesday.

While the Biden family continued to grieve, other candidates had ample time to campaign, putting Biden at a disadvantage that proved to be too difficult to recover from. Academy junior Sophia Bahr communicates, “I was not surprised by Joe’s decision to run after dealing with his loss. If  I was in his position, I would definitely not have run but I do think he could have won, actually. He has eight years of White House experience, alongside President Obama and could pay attention and fix the current needs of our nation.” Sophomore Jessica Barr agrees that, “it was too late to start fundraising. He made a good decision.”

Fortunately, Biden’s biggest advocates need not worry about the Vice President’s political future. Biden has made it very clear that he fully intends to stay involved. He conveyed that he believes, “President Obama has led this nation from crisis to recovery, and we’re now on the cusp of resurgence. I’m proud to have played a part in that. This party, our nation, will be making a tragic mistake if we walk away or attempt to undo the Obama legacy.” Although he won’t be playing an enormous role in the nation’s future, Biden hopes that he is remembered for his lasting contributions.

Perhaps it is for the better that Vice President Biden refrain from running in 2016. Sophomore Alexa Traviesa asserts, “If Biden wanted to win the primary, I would say he could do it and I was hoping he  would run and replace or beat Hillary Clinton, but I don’t think he would have won the presidential election because I feel like the media is beginning to get tired of his story and I feel like he’s even fading away.” Certainly, he deserves the time away to recuperate and recover. Despite the impossibility of his Election in 2016 due to his decision, Vice President Biden remains optimistic for the future and claims, “I am absolutely certain that we fully are capable of accomplishing extraordinary things. We can do this. And when we do, America won’t just win the future, we will own the finish line.”