Shining Light: Tackling Stereotypes and Misconceptions about the Hispanic Experience 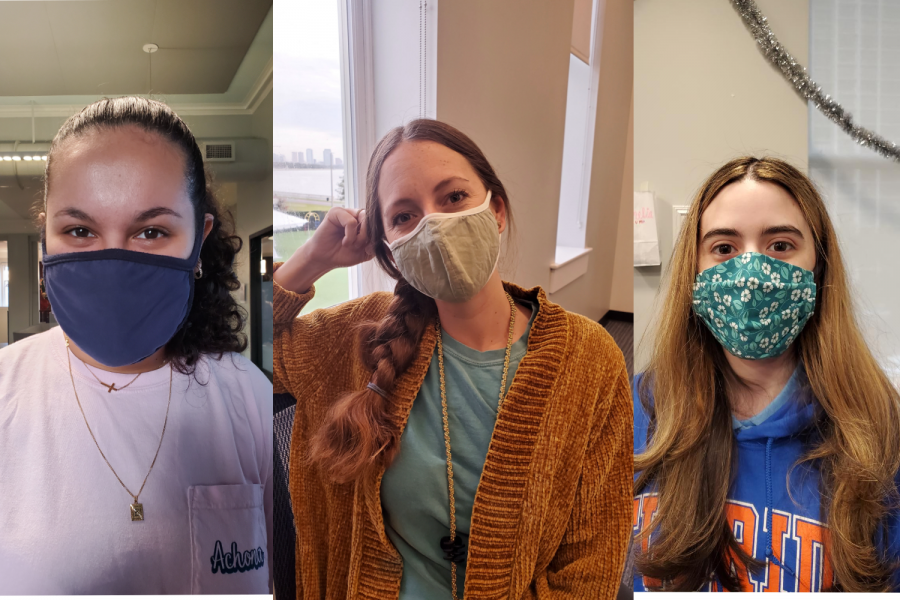 Many members of the AHN community are Hispanic, but they all look different and unique.

Many times people fall back on stereotypes of a Hispanic person being curvy, tan, and with dark features that do not represent all Hispanics. The term “Hispanic” is used to describe twenty-one different countries with distinct ethnic backgrounds and beliefs. Many Latin American countries with colonization history have a mix of native culture and European culture. Due to this, there is a large mix of genetic culture and differences between Hispanic people. You can have Hispanics that have more native features, and you can also have Hispanics who have European features. Overall, no matter how a Hispanic person looks, they are still Hispanic.

“I have been told many times that I do not look Cuban. In fact, my dad, who was born in Cuba, is where I get my fair skin and reddish hair. In middle school, a kid in my class told me I couldn’t be Cuban because I wasn’t black. I distinctly remember being enraged and then marching my way to my Spanish teacher to set this kid straight,” said English teacher Sara Moses.

Hispanics will take your biggest insecurity and make it your nickname

Not only have members of the faculty and staff experienced people questioning their cultural identity, but also students. Most of these comments come from the first look at someone’s appearance and making assumptions.

“I have been told that I don’t look Hispanic before because of how white I am. It’s really offensive to me because of how important my culture is in my life. Being told I’m not Hispanic because of how I look feels like people are undermining the struggles my family has gone through to get here and like they’re telling me I can’t celebrate my culture solely because of my appearance,” said Kaitlyn Lezama (‘21).

People also assume that a Hispanic person will have a name like Maria or Jose and speak with an accent. Though names like these are common in Hispanic culture, assuming that someone’s name is one of the stereotypical names is offensive. By referring to the stereotype, you are also leaving out the actual significance and meaning of the names for Hispanic people. As the world modernizes, many parents are opting for more “modern” sounding Hispanic names and names that can be used in both Spanish and English. Especially when Hispanics live in the United States, it can be very important to have a name that has significance to the culture but can be adapted for the culture that they currently live in.

Assuming that someone has an accent when they speak because they are Hispanic is highly offensive. Just because we are Hispanic does not mean that we do not know English, but instead, we are more likely to understand two or more languages. Though many Hispanics do know Spanish, not all of them do. Just because someone Hispanic does not know Spanish does not mean that they are less Hispanic than others. They still were raised with a Hispanic cultural background, but they just have a language barrier.

Living in the US can cause many Hispanics to feel less Hispanic than native-born Hispanics. When visiting family in their country of origin, they are seen as too “white” or too “American.” While in the US, Hispanics are seen as too “ethnic” or even too “diverse.” We can often feel as if we do not belong in our cultures because we do not fit a textbook definition. Just because a Hispanic was born in the US does not mean that they are any less Hispanic than someone born in a Hispanic country. Furthermore, just because someone has a different ethnic background does not mean that they are any less American.

“A lot of my American friends have very different family dynamics, and they don’t understand that I was raised with different family values and responsibilities. I feel like I have to explain myself and the way that my family functions, which is something they’ve never had to do. My family is very concerned with spending time together, always knowing where I am, what I’m doing, and setting strict curfews and rules, which I’ve noticed doesn’t really apply to my other American friends. I’ve also had reverse problems where I meet people who were raised by two Hispanic parents, and I tell them I’m Hispanic, and I speak Spanish. They tell me I’m not really Hispanic or I’m only half, so it doesn’t count, which is ridiculous. I was raised primarily by my Hispanic family and for someone who doesn’t know me to assume that I claim to be Hispanic is really upsetting,” said Maya Harrell (A’20)

Many different celebrities have grappled with this similar issue while working in the industry. Directors and producers searching for the stereotypical Hispanic to be in their productions have told Hispanic performers that they do not seem Hispanic enough because they do not fit the stereotype. Honduran-American actress, America Ferrera, revealed in a TED Talk that she was once told by casting directors to “sound more Latina” during an audition. She realized that the casting director was asking her to speak broken English since that is how a Hispanic person is advertised.

In multiple auditions, she had similar problems where she would be considered for stereotypical roles. She went on to say, “These roles were stereotypes and couldn’t have been further from my own reality.” She also had experiences where she changed her appearance by staying out of the sun so her “skin wouldn’t get too brown,” “straightened her curls into submission,” “bought fancier and more expensive clothes” to fit into other people’s ideas of what she needed to look like to book a role. Like she beautifully put, “All so that when people looked at me, they wouldn’t see a too fat, too brown, too poor Latina.” She was considered too white for Hispanic roles because she would not do an accent, and she was considered too ethnic and diverse for white roles. There are Hispanic actors who face these same problems and have seen that society has not changed their expectations.

Hispanic body stereotypes can cause many insecurities among the Hispanic community because people feel as if they do not match it. At times, people want to change their appearance to fit this misrepresenting stereotype. It is already prevalent in the culture to use nicknames like “flaco/a” and “gordo/a” based on a child’s body type. From a young age, children are given these nicknames that make them question their body types while also learning about the stereotypes given to their culture. It is detrimental to a person’s mental health to believe that their body is not fine the way it is. Each person’s body is different based on a number of factors, and they are each beautiful.

Within the Hispanic community, there is also blame. As said before, many Hispanic families use nicknames referring to body type as a term of endearment for children. It is also very common for family members to never be satisfied with your weight because you are either too skinny or too fat. If you do not grab a second serving, you are trying to lose weight you do not need to lose, and if you do grab a second serving, then you are eating too much. You will most likely be asked personal questions like whether your breasts or butt have grown at all.

“It is so backwards when I hear that I look better when I gain weight or when I am told I look worse when I lose weight. These comments are often made within my family when I do not ask for them, and I do not want to hear them,” said Harrell (A’20).

Not only are you shamed for your appearance, but you are also shamed for the languages you speak. Many Hispanics do not speak Spanish fluently and are deemed to be less Hispanic for it. Not every Hispanic person speaks Spanish, and that is ok. Many people who were not taught Spanish growing up decide to learn it when they are older to seem more Hispanic, when they should be learning  it to connect with their culture.

Being and looking Mexican/Hispanic and not knowing how to speak Spanish, and then being discriminated by other Mexicans/Hispanics for not speaking Spanish….is a real thing.

“My family tells me I need to speak Spanish more often. I think the reason I don’t speak as much Spanish as I used to is because I’ve been surrounded by people who aren’t Hispanic. These same people have treated me differently because of being Hispanic, that I would sacrifice having a thick accent to fit in more with my peers,” said Harrell (A’20).

Oftentimes, Hispanics are assumed to all be liberals, when the Hispanic community is more divided in their political beliefs. Cuban-Americans are known to lean more towards the right than other Hispanics. According to Pew Research Center, as of the 2020 election, 58% of Cuban registered voters were affiliated with the Republican party. In comparison, 65% of non-Cuban, Hispanic voters are affiliated with the Democratic party.

Though Hispanics are more likely to have certain traits, that does not mean that they will have them. People often use celebrities like Sofia Vergara as a representation of the Hispanic culture because they fit the stereotype. Next time you speak to a member of the Hispanic community, be conscious of what you say and do not undermine their ethnicity.