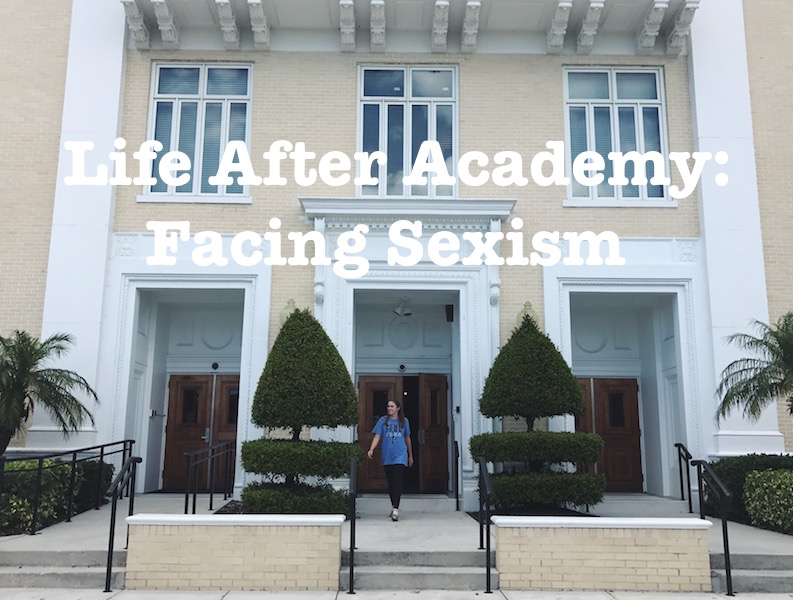 Senior Abby Morris experienced sexism firsthand on a mission trip to South Africa when adult leaders refused to give her difficult tasks.

It is a reality that Academy has sheltered you from the realities of sexism, however, outside of these walls people will treat you differently because you are a woman. Perhaps you have noticed these tendencies in your interactions after school, in clubs, or on sports teams, but even so, know that you are most certainly not lesser because of the fact that you were born a girl.

Academy has prepared you to stand up for yourself and be absolute in your goals. People will try to convince you that your ideas are not good, that you are not someone to be taken seriously, and most often, that you are too fragile to handle the burden of hard work. These people do not know you; they do not know what you are capable of accomplishing. Although difficult, don’t let other people’s assumption of your character and work ethic discourage you from reaching for your goals.

Senior Abby Morris said, “In middle school, the teachers would always ask the boys to move the desks and chairs that were “too heavy” for us girls. This was my biggest pet peeve. In my class I was probably bigger and stronger than half of the boys, yet they never once asked for my help.”

While not being chosen to do a strenuous task may seem like a fine and dandy thing, for the person who is overlooked, this can be very irritating and discouraging. The way a woman feels when someone else decides something for her is essentially the root of the issue of sexism.

“That’s not very lady-like,” but it’s okay for a man to do it? Double standards exist in both your social and professional life. A man will be rewarded for being assertive in a workplace and a woman may be considered rude.

“You [____] like a girl” is something we have been hearing all our lives…and we all know it is an insult. This phrase proves the mentality that the actions of a woman are seen as weaker and less effective. The trick here is to never let yourself believe that this is an accurate representation of who you are and what you can achieve.

“Is the manager here? Where is HE?” Society is changing and people are generally becoming more politically correct. However, many still tend to associate women as occupying secondary roles instead of leadership. Even though you may have to jump through a few extra hoops to get into a leadership position, you have the right to earn it and flourish as a woman in leadership. You are not too emotional, and you can make hard decisions in a crisis situation. Prove it.

The reality of being a woman is that you are indeed going to have to prove that you are capable– over and over again. For the graduating seniors who have not had a class with a boy in four years, remember that they are not inherently better at math and science than you are- no matter how hard they may try to convince you that this is true. Don’t let your professors overlook you in favor of the boys, and don’t allow your efforts to be diminished. You are equally as smart and equally as creative, hard working, and ambitious. While being an ambitious woman may have a negative connotation, it should stop being viewed as a flaw or annoying trait. Strive for what you want, even if others may not understand your determination.

Overall, know that sexism is alive and well, but you as a strong Academy woman can overcome the difficulties of this. You can lead, you are capable, and you are equal to everyone else in this universe.