The passing of an era 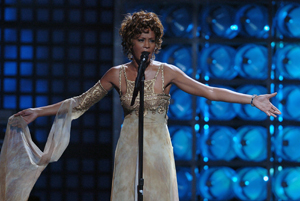 Unforgettable. Iconic. Trailblazer. Those are the adjectives aptly used to describe legends, so it was only fit that the media applied them to Whitney Huston upon the announcement of her death. Huston has joined the rank of American super stars, whose troubled careers are now remembered more for their brilliance than for their dark spots.

Like too many other celebrities, Huston perished in relative ignominy. Her star had long ago begun to fall after a drug addiction derailed her career. Much like Michael Jackson, Huston’s name had become something of  a by-word for what happens to celebrities when they become zany and unstable. Her infamous “crack is wack” comment in the early 2000s had become the moment for which she was most remembered, in lieu of her moving rendition of the national anthem at the 1991 Super Bowl.

Indeed, Huston draws similarities to the great performers of our time not simply for her implosion but for her transformational career. Arguably, there would be no Christina Aguilera, Beyonce, or other soulful female songstresses without Huston. As was noted on NBC’s The Today Show by commentators from People Magazine, Huston combined the passion of Gospel music with the appeal of pop in a way that no other artist had done before.

At last night’s Grammy Awards, Huston’s legendary career was acknowledged repeatedly. Jennifer Hudson, another female artist whom Huston inspired, belted out “I Will Always Love You” in honor of the star. This iconic Huston song was not only a rendition of the departed star’s biggest hit but a representation of what millions of American feel for the star who transcended her genre and captured the hearts of many.

It should not be forgotten that America lost another musical great in the form of Etta James, whose famous song “At Last” still endures. In an era when synthetic music, lip syncing, and dub step have made talent into a commodity, the passing of these legends is that much more tragic.