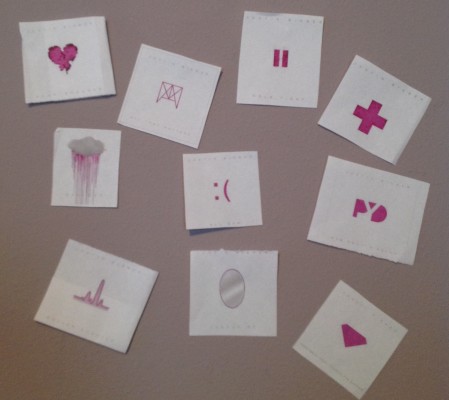 As the year comes to a close, will Justin Bieber’s popularity as well? With the release of a new song every Sunday night at midnight for the past ten weeks, Justin’s newest releases pale in comparison to his previous albums (My World, My World 2.0 and Believe). Music Mondays, as titled by Bieber, have given another reason for me to dread the start of the week. Although the songs have potential, few actually reach it. The songs have a small variation in style, pace, and meaning behind the song. The majority of the tracks center around his ex-girlfriend Selena Gomez and their relationship and break up.

Although the new tracks have a more mature and moody vibe to them, I found myself wishing for younger Justin Bieber to return and sing “One Less Lonely Girl” and “Never Let You Go”. The newer songs take a 360 from the older Justin Bieber music of “Baby”, “One Time”, and even his more recent song “As Long As You Love Me”. The music I actually enjoyed and felt a connection to.

Monday, October 7th began the series of Music Mondays with the release of “Heartbreaker”. The track features an R&B sound and a spoken bridge, which seems to address Gomez directly. Bieber explains it in the iTunes description as, “a song for people going through a heartbreak- like I was when I wrote it.”

Due to the long anticipation for “Heartbreaker”, I had high expectations for the track, but while listening to it I was unsure of how I felt. I neither hated it nor loved it, the song didn’t spark much of an interest yet it made me tap my foot. “Heartbreaker” serves as good background music while doing homework, but not much more.

On the fourth Monday, hope arrived for an amazing album with “Recovery”. Bieber told his fans that, “[this song is] an acknowledgement that in life you can’t just fall down and not get over things,” he explains, “you have to step up and recover.” The song has a steady beat, but the lyrics are what make it so amazing and beautiful.

The first four weeks produced the better tracks, consisting of “Heartbreaker”, “All That Matters”, “Hold Tight”, and “Recovery”. Followed by songs that sounded as though not much thought was put into it.

“Bad Day” reflecting Bieber’s painful break up was short and simple, less than two and a half minutes, and includes impressive falsetto as well as a very moody tone. Bieber commented, “…the day comes where the other person doesn’t feel the same way and walks out. The day where everything you were willing to fight for is gone- is what Bad Day is all about.”

Listening to music comes as a second nature to me, it takes a lot for me to turn something off. And the seventh track, “PYD” made me stop listening within the first minute. It’s the most mature song out of the Music Monday releases, easily shown by the title’s meaning of “put you down”. Not only was the song inappropriate, but it lacks creativity. For a five-minute song featuring R. Kelly it is very repetitive and boring.

Bieber began to redeem himself with the next three releases of “Roller Coaster”, “Change Me” and “Confident”.

“Change Me” is the most reflective and calming track released during Music Mondays. Even with the relaxing piano and touching lyrics, “maybe you could be the light, that opens up my eyes”, the track doesn’t meet it’s full potential. It’s nothing in comparison to previous inspirational songs such as “Down to Earth” and “Believe”.

This past monday ended Music Mondays and it went out on a good note. “Confident” featuring Chance The Rapper was released. It’s an upbeat and fun song that makes you want to dance. Bieber expresses, “this song is about every girl who has confidence,” for the description in iTunes.

Honestly this track has me bobbing my head and dancing in my seat, but the second the rap begins I stop. “Confident” would have been a lot better without the rap in my opinion, especially because of the vulgar language within it.

Over all I was under-impressed, being a Belieber (fan of Bieber) for years now, I can say that I’m disappointed because I’m aware of what he can produce, and these Music Mondays did not reach that expectation. I did enjoy a couple of the songs, but the majority made me shake my head and wish for 2010 to return.

The Music Monday tracks will be accompanied by 5 additional songs, “All That Matters” music video, the “Believe” Theatrical trailer, and Justin’s Guatemala Pencils of Promise Journal video to create Bieber’s “Journals” Collection available to purchase on iTunes from December 16 through January 2nd only. For a full track list and details on the collection of songs click here.

If you want to read more comments and explainations about the songs by Justin Bieber click here.

Tell us what you think of the new songs!