It’s all about “Her”: A review of Spike Jonze’s new film 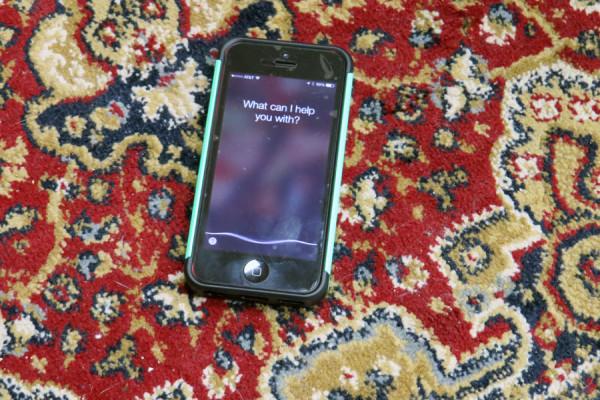 Spike Jonze's "Her" stars an operating system similar to, but more advanced than our Siri.

When someone says, “I love my computer,” we never actually take it literally, and assume they want to marry it.  In Spike Jonze’s new film, however, that’s exactly what it means.

Her, is about a man named Theodore Twombly; his life is full of sorrow and loneliness.  He is living in Los Angeles sometime in the future, but when that future is remains unclear. Maybe tomorrow, a week from now, or even months.

Theodore becomes amazed and interested by a new “advanced operating system” on his computer, OS1, which will meet the every needs of its operator using a “mind of its own.” To his amazement, Samantha (voiced by Scarlett Johansson) does everything he needs above and beyond his expectations. She learns everything about him, and can figure out when he’s feeling sad or having a bad day. Her goal is to make him feel better, and to Theodore, she seems real. He literally begins to fall in love with her.

Is Samantha the woman of his dreams? How can she be so perfect for him? Due to her operating system, she able to process the many things that Theodore wants the most, and  is able to tell what Theodore wants in a woman. Not only does Theodore does speak to Samantha when he is home on his computer, but out and about as well.  He is able to talk to her around the city and all it takes is a small earpiece. Her is not your typical romance. Throughout the movie Samantha and Theodore discover their feelings and grow closer and fall in love, just like any other romance movie, except the whole time we only see Theodore. No Samantha, just her voice.

“Her” has received numerous reviews, both good and bad. The website, Rotten Tomatoes, has scored it at a 93%.

Anthony Lane from The New Yorker had a hard critique of the movie, “We are informed, cosseted, and entertained, and yet we are never more than a breath away from being creeped out. Just because someone browses your correspondence in a mood of flirtatious bonhomie doesn’t make her any less invasive; and just because you have invited her to do so doesn’t mean that you are in control.” However he ends the review smartly noting, “Her is the right film at the right time.”

I was shocked by how real Samantha felt, but it also felt creepy and made me uncomfortable thinking that in the future, with technology growing smarter, that this could possibly happen. It felt unnatural to me. The stronger Theodore’s relationship grew, I couldn’t help myself but want him to fall in love with a real woman. I felt Amy (Amy Adams) did a great job emphasizing the role of human/computer relationships, because she too became close with her OS. She called it her best friend, however she was able to separate her OS from real people. The movie was reasonably rated R, but beyond its appearances, it is  a movie of redemption. Samantha changed Theodore in a positive way;  he became an upgraded version of himself; a new operating system (if you will).  She showed him a new perspective on life and how to live. Manohla Dargis wrote her review in the New York Times, ” Samantha saves him from solitude, drawing him out of himself and then into life itself.”

This movie was nominated for three Golden Globes this year, which were held on Sunday, January, 12, and it won Best Screenplay – Motion Picture to Spike Jonze. It is now nominated Best Picture, Best Original Screenplay, and Best Score Oscars, which will be telecast on Sunday, March 2.