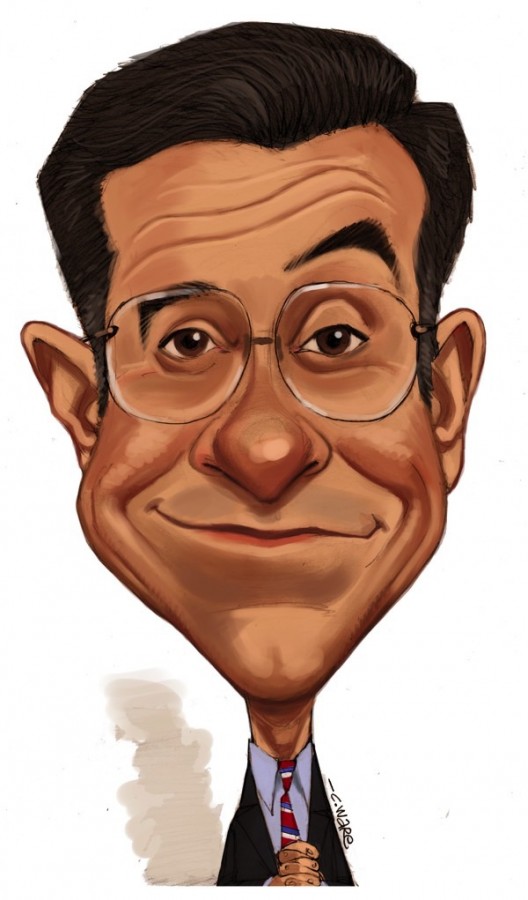 Colbert will take over for David Letterman starting in 2015.

On Wednesday April 10 CBS announced that Stephen Colbert, of Comedy Central’s The Colbert Report, will be taking over for David Letterman on the Late Show in 2015. This news ends a week of speculation over who the next host would be, with possibilities including Neil Patrick Harris, Chelsea Handler, and Tina Fey. Colbert has signed a five year contract with CBS and said this in response to the news, “Simply being a guest on David Letterman’s show has been a highlight of my career. I never dreamed that I would follow in his footsteps, though everyone in late night follows Dave’s lead. I’m thrilled and grateful that CBS chose me. Now, if you’ll excuse me, I have to go grind a gap in my front teeth.”

Colbert is a wise choice for Letterman’s replacement, as he has already helped revolutionize the format of the late night talk show and has made significant influence in pop-culture. He has written three books, I Am America (And So Can You!), I Am a Pole (And So Can You!), and America Again: Re-Becoming the Greatness We Never Weren’t. He has also popularized the term “truthiness” and has his own Ben & Jerry’s ice-cream flavor, AmeriCone Dream. He has even started his own Super PAC, Americans for a Better Tomorrow, Tomorrow.

Congratulations are certainly in order for Stephen Colbert who has worked hard and deserves this promotion. However, this news is bittersweet for fans of The Colbert Report, as this news most likely means the loss of his character who parodies right-wing news pundits, particularly Bill O’Reilly of Fox News’ The O’Reilly Factor.
Struggling to recall any other comedy promotion accompanied with so much mourning for the gig being left behind. #Colbert #LateShow

— Ryan Nantell (@RyanNantell) April 11, 2014
However, the news is bitter-sweet for many of his fans, who will mourn the loss of his endearingly ignorant character. He, for the first time, will be hosting the Late Show as himself and leave his character behind. Regardless of this loss, anticipation for Colbert’s new hosting gig is growing. Many people are looking forward to his takeover and are optimistic about how he will change Late Night.
Way 2 go @CBS & @! #Colbert is an awesome choice 4 #LateShow host! pic.twitter.com/o5LH54CNvj