What is Humans of New York? 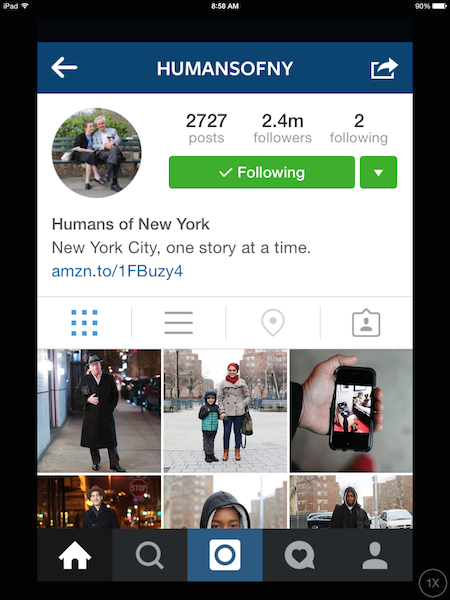 It all began when Brandon Staton decided he was going to move to New York City in the summer of 2010 to take pictures of random New Yorkers on the street. The University of Georgia student had many obsessions including reading, saltwater aquariums, photography, and financial marketing. Staton’s first job was trading bonds which was a result of his financial marketing passion. He landed the job after a friend saw him make a $3,000 bet that Barack Obama would win the elections in 2008. After unfortunately losing his trading job, he pursued his obsession of photography and moved to New York City where he began Humans of New York.

Originally, he wanted to simply take photos of the city-people, however it all changed when he started collecting quotes and gathering stories of the people’s lives. Over the last five years, he has developed over 5,000 photos along with over 50 stories.

Each photo contains a beautiful shot of a person or group of people, along with a quote or a story involving the backstory of their life. Emily Villanueva believes “I think it’s pretty cool how he is doing this because most people would say no if someone asked to take a random picture of them”  Sometimes the quotes can be rather random such as “I’m trying to keep from psychological vampires from sapping my life force” which was the caption for a picture of a woman bundled up in jackets and scarves. One year, Staton traveled to Iran to do exactly what he does in New York; take photos and capture stories.

Alongside his blog, the photographer also released a book filled with pictures and stories of New Yorkers. The Humans of New York Instagram page has an immense total of 2.4 million followers, following the Facebook page that has over eleven million likes.