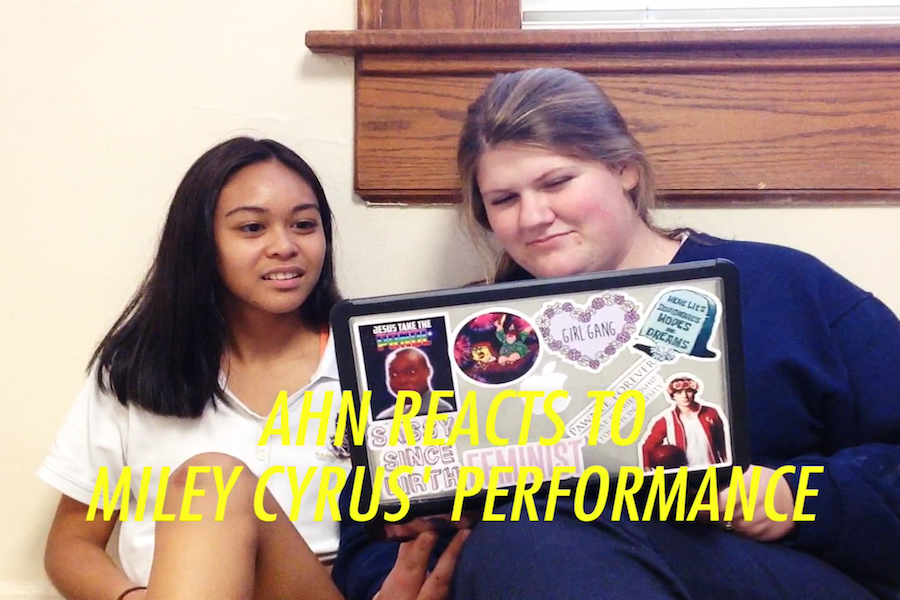 This years Video Music Awards (VMAs) aired this past sunday, the 30th. The VMAs air every year, awarding the best music videos of the year to artists. While this year less AHN students viewed the show, there definitely some things watch worthy.

Were you part of the ones who were not able to watch? Look no further we have all the main events you need to know!!

Click below to see AHN’s seniors Miranda Plummer and Alexis Markines reactions to this radical performance:

Untitled from AchonaOnline on Vimeo.

Justin Bieber made his comeback into the music industry with the premier of his new song, “What Do You Mean?” Bieber was so overwhelmed with the love from his fans, he started crying after his performance. His Ex, Selena Gomez, was not too impressed, she was photographed on her phone during Biebers performance… OUCH!

Nicki Minaj opened the show with a interesting performance to her song “The Night is Still Young”. Then to everyone’s surprise, Taylor Swift joined her on stage and they closed the number out with Swift’s “Bad Blood”.

Later on in the show when Minaj was accepting her award for Best Hip Hop Music Video of the Year, she called out Cyrus for some things she has said in an interview about her. Needless to say things got awkward.

Kanye West won the Michael Jackson Video Vanguard award for his achievements in music throughout his career. West went on to give a rather lengthy acceptance speech, where many people (including himself) were very confused. He closed his speech by announcing his candidacy for president in the 2020 election. The whole crowd and country was shocked by, we shall see whether if he intends to keep this promise or not.

Here are a list of the big winners from the show:

Click here to catch all of the exciting moments with videos!