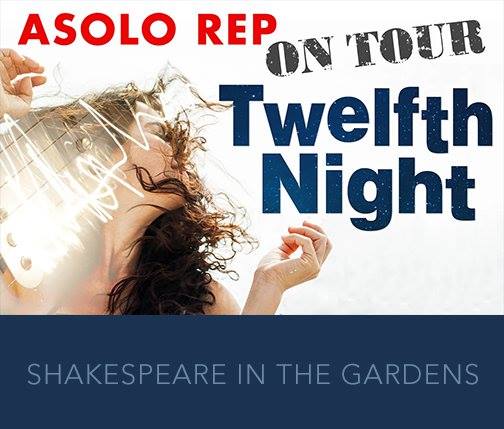 On Monday October 5, FSU’s Asolo theatre stopped by at the Academy as part of their tour. Each year, the graduate students in the FSU Theatre program performs a modern adaptation of a Shakespearian play at several different locations, most being high schools.

This time, the actors took on Shakespeare’s star-crossed, adventurous; “Twelfth Night” and transformed it into a romantic, modern-day comedy.

Once the set was decorated and the props stored accordingly, the Brady center began to fill up as students arrived to immerse themselves for 50 minutes of Shakespeare’s ironic and adventurous tale.

The senior class began to create anticipation as Natalie Cevallos leaded the audience in chants. “When I say Asolo you say Theatre!” “Asolo (Theatre) Asolo! (Theatre!)” The Class of 2016 participated with joy, while some of the Freshmen were rather confused, yet humored by the singing.

Afterwards, Sr. Anne called the student body’s attention for the presentation to begin. Just like all things are done at the Academy, the event began with prayer, followed by an introduction of the English department head, Mrs. Nutter. Nutter briefly described the Asolo Theatre and went over some basic audience etiquette for the show.

The performance managed to initially grab the audience’s attention by including popular songs such as “Marvin Gaye”, “Total Eclipse of the Heart”, and “Watch me whip.”

The beginning of the play introduces to the focal character, Viola. Following a shipwreck in which she loses her brother Sebastian, Viola disguises herself as a boy. Her masqueraded character creates a lot of confusion and love triangles in “Camp Illyria.”

Viola assumes the role of a male counselor at Camp Messaline by the name of Cessario and is sent to woe Olivia in Don Orsino’s name. Instead, “Cessario” (disguised Viola) falls in love with Orsino, and Olivia falls in love with Cessario (unaware that he’s really a girl.)

Asolo’s Kelsey Petersen, who played the role of Cessario/Viola admitted that she actually enjoys the challenge of playing  a male part. Petersen and Josh James, who plays Sir Andrew Aguecheek both commented on their excitement when performing for an all-girls school.

As done on years previous, following the show the cast of “Twelfth Night” had a question and answer session with the student body.

Some of the questions asked were:

Q: What are your real names?

Q: How did you do that weird noise?

After dismissal, the AHN officers of the International Thespian Honor Society got the chance to meet personally with the cast, and ask further questions.

Q: How long did it take you to prepare this show / How many more shows do you have?

If you are interested in seeing more performances from the Asolo Repertory Theatre, check out their tour dates on their website!