Everything Superman can do, Supergirl can do too 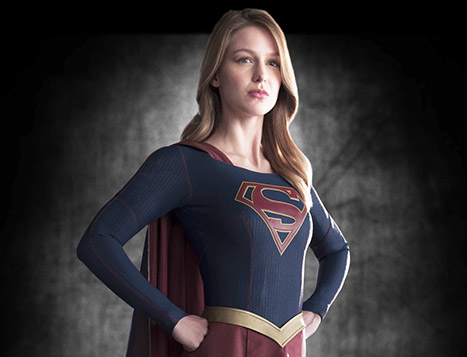 CBS’s brand new show Supergirl is presenting superheroes in a brand new light. Supergirl is a woman who can throw punches just as powerful as Superman. Everyone has been eager to see a female superhero in a leading television role. Sophomore Isabella Kirkpatrick shared, “It is very exciting to see that a woman is the superhero, instead of a stereotypical male as the lead in a movie or show.” All superheroes have archetypes, and Supergirl embodies the feminist girl-power ideal, unlike Halle Berry’s Catwoman or Rebecca Romijn’s Mystique; she’s spunky, bright, and down-to-earth.

Supergirl, played by Melissa Benoist, is Superman’s cousin from planet Krypton, and to cover up her identity, she fetches coffee for her narcissistic boss and tries to live a normal life. As the show continues, Supergirl realizes she should take her mother’s advice to be true to herself (which, as a young girl can be hard to do in this day and age). On top of it all, the influence young girls see on social media makes it harder and harder for them to be themselves. Freshman Kelsea Barton shared, “Seeing a women lead on a superhero show makes me feel empowered and get the feeling I can do whatever a guy can do.”

Even though the show is complete fiction, it has realistic aspects. The recent push to put American women in combat disregards evidence that women are at a natural disadvantage compared with men in battle. Young girls who watch this show can use Supergirl as a role model. They can embody her truthfulness to herself and her loyalty to the ones around her. Freshman Grace Buckhorn shared, ” As Supergirl shows, “Everything Superman can do, Supergirl can do too”.