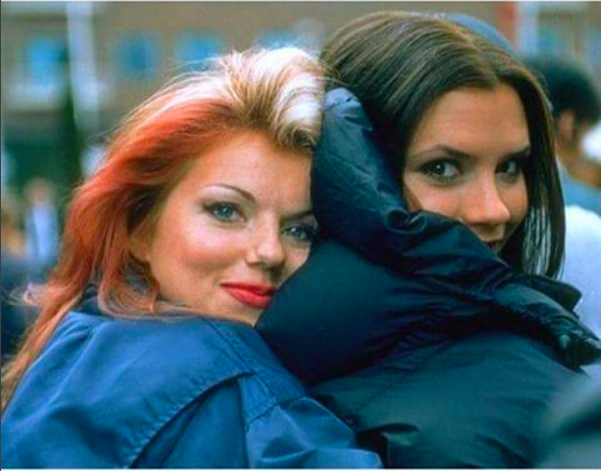 With the coming of the new year, bigger and bigger gaps between old trends and new trends form. It’s important to look back and reflect (even on those less than appealing style trends that everyone participated in) but also to look forward at 2016.

“JoJo” Levesque was the star of Aquamarine, the movie that made every girl believe she was secretly a mermaid Although Levesque’s The High Road, album debuted number three on Billboard’s Top 200, her makeup was number one in the hearts of all. It is significantly less brighter than 1996, and wanted by twelve years olds everywhere.

Hilary Duff made a major comeback in 2015, which continued in 2016. She has managed to rack up an astounding 4.9 million Instagram followers and keep her popularity soaring. That’s what dreams are made of. Her makeup reflects today’s makeup with a more neutral look and very defined eyebrows.

Jennifer Aniston was a role model for girls everywhere. Her blonde hair look was a classic in 1996 and still remains one today.

Everyone remembers the horror stories of boys trying to pull of the Justin Bieber-esque hair swoop. Mitchel Musso was a prime example that could send any girl running back to the comforts of updated hair in 2016.

Not only has Selena Gomez been killing it with her new single but with her hair. It has all of the goals.

Mariah Carey was the star of 1996. Her hit “Always Be My Baby” was an instant smash and is still beloved today. It spurred many covers, such as the one below.

“Fergilicous” by Fergie is still relevant today with about ninety million hits on YouTube. It is a crowd favorite and loved both by teens in 2006 and 2016.

Adele’s “Hello” broke records by becoming the fastest video on YouTube to hit 1 billion views. She made an incredible comeback after a four year hiatus when her album 25 became the biggest single week sales tally since 1991.

The phenomenon that is still famous today has people wishing they could go back.

“I wish I watched it more. It would be so much fun to be a teen in 1996 to watch Friends with your friend group and talk about it as it comes out” adds Senior Aisling Carr.

Friday Night Lights. The tv show that everyone’s older siblings could never shut up about gained universal acclamation and won countless awards. It was famous for its accurate portrayal of ‘Small Town America’ and of course the quarterback, Matt Saracen.

Oscar winner Viola Davis stars in the TV show that was the only thing that was on everyone’s Netflix screens for weeks.

“I really like How To Get Away With Murder. It puts a new spin on how to solve murder stories. It makes you sympathize with the murderer, rather than hate them,” comments Senior Eva Prendergast.

The movie that made everyone finally feel accomplished and grown up when they realized that Cruella Devil meant “Cruel Devil.” It grossed $45,073, 479 in its opening weekend and still gives everyone that childhood nostalgia.

The vibrant fashion choices used in High Musical Musical used to be admired by pre teens everywhere. “That was like my pre-teen years. Looking at it now is weird because the fashion has changed so much.” Senior Larissa Simon states.

The continuously popular science fiction phenomenon returns with another movie, breaking box office records.While Star Wars had an astounding amount of fans before the release of its newest movie, it has spurred many bandwagon fans.

The Taliban captures the Afghan capital Kabul and forms The Islamic Emirate of Afghanistan starting the Afghan Civil War.

Kim Jong II is Supreme Leader of North Korea and leads espionage via submarines against South Korea and its military installations.

A photo posted by Amador Guallar Photography (@amadorguallarphoto) on Jun 22, 2015 at 8:23am PDT

Iran tests missiles capable of reaching Israel and refuses to allow the UN to inspect. Saddam Hussein is charged and hanged for crimes against humanity. al Qaeda continues terrorizing Iraq and the world with senseless bombings. North Korea tests a nuclear bomb and becomes the first nation to warn of its intent to have a nuclear test done.

The Middle East is currently in all out war, with new terrorist threats such as ISIS, as it battles disagreements between different religious beliefs and ideologies. ISIS, an Islamic militant group, has seized area from northern Syria to central Iraq and has proved to be more malicious than seen previously before. With major terrorist attacks such as the despicable crime last November in Paris, France and a daily rising death toll in the Middle East, ISIS proves to be an ongoing threat.

Last weekend, North Korea announced that they have successfully tested a hydrogen bomb, causing both doubt and hysteria. A small earthquake was detected after the supposed testing of the bomb.

A photo posted by Amador Guallar Photography (@amadorguallarphoto) on Jun 9, 2015 at 9:39am PDT

Like 2016, a Clinton ran for presidency. Bill Clinton campaigned for re-election in 1996 and defeated Kansas U.S. Senator Bob Dole. This term would be cut short when Clinton was faced with impeachment charges, which he was later acquitted from.

2006
George Bush was President in the heat of the Iraq War. With many controversial war time policies implemented, his approval rating was at 40% at the beginning of 2006.

Barack Obama started out the new year with the annual State of the Union address. It was the last address of Obama’s presidency. The presidential election for 2016 features candidates such as Jeb Bush, Ben Carson, Donald Trump, Marco Rubio, Ted Cruz, Carly Fiorina, Hillary Clinton and Bernie Sanders. For many Academy seniors, this will be the opportunity for their first time to vote.