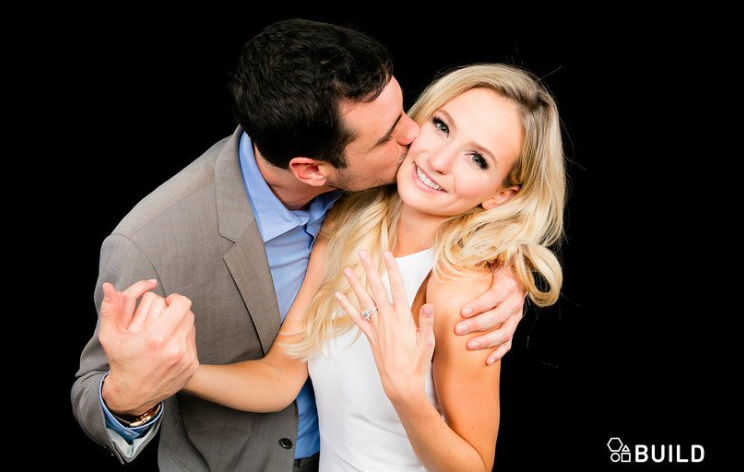 Lauren and Ben had an instant connection ever since they first met on Arrivals Night.

After a season full of romance, heartbreaks, and countless surprises, Ben Higgins finally proposed to Lauren Bushnell in the finale of The Bachelor.

Ben was in a unique situation because he had told both of the remaining women, Lauren Bushnell and Jojo Fletcher that he was in love with them. This final episode highlighted Ben’s indecisiveness and his struggle in choosing the right woman to marry.

“I think that Ben is truly conflicted about his decision because he knows that he would be happy with either woman,” stated sophomore Bella Kirkpatrick. “They are a lot alike although their personalities are different.”

Hoping that his parents might be able to give him some guidance on which bachelorette is the best fit for him and his family, Ben flew his parents down to Jamaica to meet Lauren and Jojo.

Lauren was the first one to meet Ben’s parents, Dave and Amy Higgins. Lauren talked about how she has always wanted to meet Ben’s parents and revealed that she even awkwardly told Ben that on their first date together. Dave Higgins shared with Lauren that Ben had a “twinkle in his eye”, something he had never seen before. Jojo got to meet the Higgins after Lauren. Jojo immediately became emotional while expressing her love for Ben, and even started tearing up. One thing that Ben’s mom loved about Jojo was that she knew what Ben needed to feel safe and secure.

Freshman, Emily Abdoney stated, “I thought that Jojo had an instant connection with Ben’s parents, especially his mother. She loved how Jojo seemed to know every aspect of Ben’s character, after only knowing him for a relatively short period of time.”

Ultimately, Ben’s parents fell in love with both of the bachelorettes and told him that he can only make this decision for himself and that he can’t go wrong with either girl.

Later in the episode, Chris Harrison shows Ben a few options for engagement rings. While looking at the rings, it suddenly became clear to Ben which woman he was going to marry.

— The Bachelor (@BachelorABC) March 15, 2016
Finally, the day arrived where Ben had to make his decision public. He would have to send one woman back home and propose to the other.

Jojo arrived in the helicopter first wearing a pink gown. When she met Ben, she confessed her love for him again, but unfortunately, she did not receive the response she had hoped for. Instead, she was stung with feelings of rejection, betrayal, and confusion. She did not understand where she had gone wrong. Ben had told her earlier that he loved her and that she needed to trust him. Jojo’s meeting with Ben revealed who he would be proposing to later on in the episode: Lauren.

Lauren arrived by helicopter after Jojo. Ben’s whole aura was much lighter and happier, now that the hard part was over. Like Jojo, Lauren told Ben how much he meant to her and that she was ready to start a life with him. This time, however,  Ben pulled out a diamond ring and and popped the question. Of course, Lauren said “yes,” confessing that Ben was “her person.”

— The Bachelor (@BachelorABC) March 15, 2016
“I was really happy when I knew that Ben picked Lauren because I had been cheering for her for a long time,” shared junior, Olivia Porcaro.

Although Jojo left the show heartbroken and confused, there is still good news for her… she is going to be the new Bachelorette! 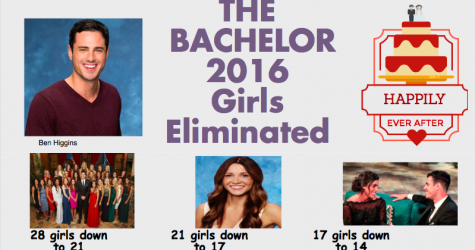 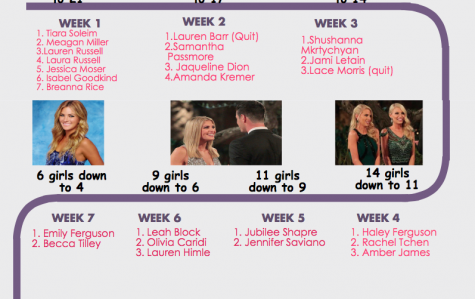 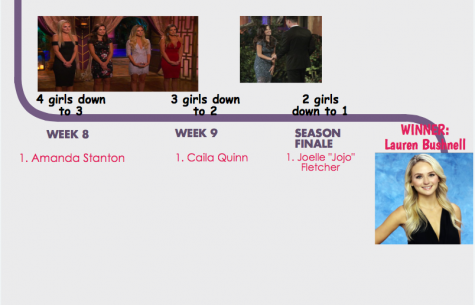