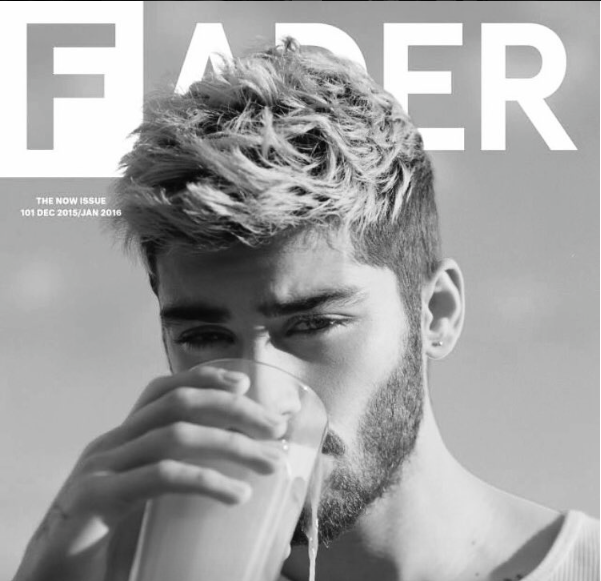 The Fader interview with Zayn was one of the monumental articles that gave fans insight into why Zayn left. Credit: @zaynmalik on Instagram

About a year ago on March 25, 2015, Zayn Malik shocked the world when he announced that he was leaving the internationally famous boyband One Direction. Since then, Malik announced his solo album and his plans to completely detach himself from his former band, leaving a mix of emotions from fans. Fans looked for answers, wondering why he left and what lay ahead for the ex band member.

This year on March 25, 2016, Malik released his new album Mind of Mine, on the exact date he left One Direction. His album is currently ranked number one in the US and UK, and has met glowing reviews. It is clear that fans have now supported his choice, but it does not hide the hurt from some fans.

“It broke my heart when Zayn left One Direction. I thought it was going to end the band.” Senior Camille Yodzis states.

Malik has been known, in the past year, for the countless amounts of shade toward his former band. The fact he dropped his album on the date he left was an obvious hit to the boys of One Direction. His latest single entitled “BeFoUr” is a spin on Malik’s last album with the boyband called Four. When One Direction released their album Made In the AM, Malik responded during a Fader interview on the exact day of the release date, calling One Direction “generic” and then further promised to release “real music.”

Senior Kristina Kennedy adds, “I don’t think it’s very nice of him to diss One Direction because they’re the ones who made him famous and he should remember that.”

In an interview with Complex, Malik revealed he left One Direction because of all their restrictions. He claimed that he was expected to have a “young teen boy look,” where he was not allowed to grow a beard or dye his hair, simple things he enjoyed doing. On Beats 1 Radio, Malik admitted he never really wanted to be in One Direction and that he wanted to leave since the first year. He stated that he did not feel connected to the music, and that his opinions were never heard. It was left up to fans whether or not they would accept Malik’s departure from the band and further support his success.

“That isnt right of Zayn to be restricted like that where he’s controlled. I don’t think bands should be allowed to do that.” Senior Gabbie Verdugo tells.

Malik’s album is available now on iTunes. While Malik’s success rises, One Direction still remains on their year long hiatus with fans hopeful for their return. Rumors continue about when or if Malik will start a tour for his new album.