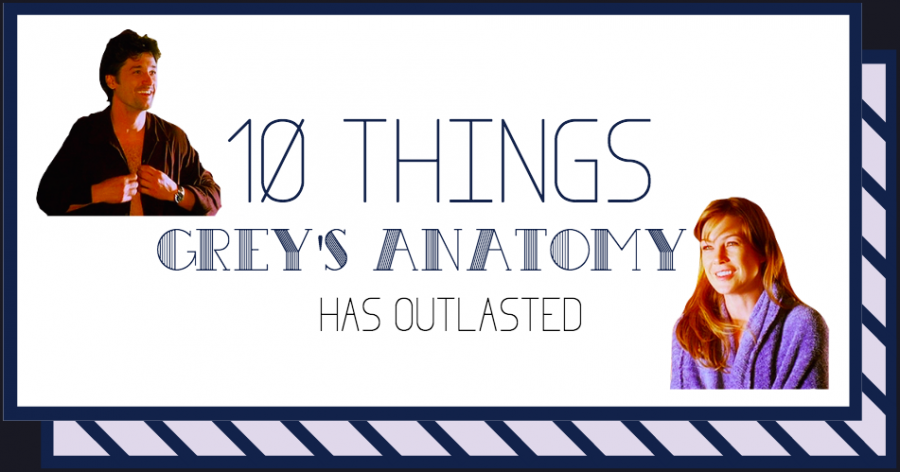 46 year old, Ellen Pompeo admits that she stuck with her role in Grey’s because she thought it would be difficult to find other roles due to her age. Photo Credit: Shannon Flaharty

With season 13 of Grey’s Anatomy just airing, viewers may find themselves reminiscing over previous seasons and, along with this, realizing that the show itself premiered almost 12 years ago. To put this into perspective, Academy’s senior Class of 2017 was in kindergarten when the first episode was aired and, in case that is not enough, here is a list of ten things that Grey’s Anatomy has outlasted:

11 year old, Angie Prince, who watches Grey’s, but was not even alive when the first season premiered, claims that she is not surprised that the show has transversed generations because it is so good and McDreamy is really hot.