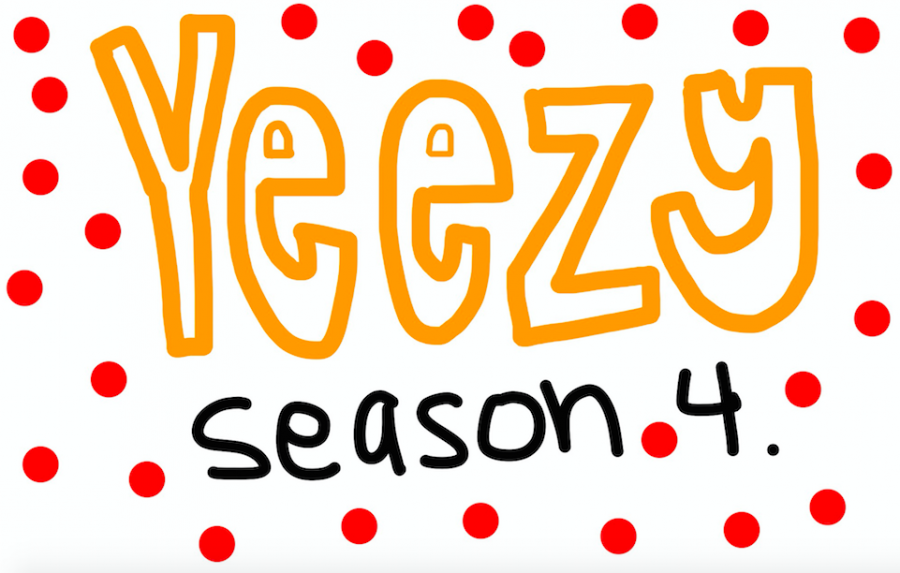 Senior, Zoe Cuva claims “I am a huge Kanye fan and I was so excited to see what clothes were in his new collection!”

Kanye fans and fashionistas were ecstatic to see the Yeezy Season 4 collection and last week, on September 7, 2016, Kanye West displayed it to the world. However, the over-the-top way that West presented the fashion show displeased many people.

Before the show started, guests were not happy with West’s decision on the location, Roosevelt Island, because of the lengthy bus ride to the island. Although the buses were luxury, there was no food, water or music. Fashion editor Alyssa Vingan Klein sarcastically tweeted that “the #YeezyBus is really glamorous, guys! Especially when the bathroom door swings open and nearly slaps us.”

Senior, Audrey Dunn, claims that she “finds the location of the show unusual and interesting, but also too much of a hassle to transport the guests.”

With the show starting late and the temperature being about 90 degrees, the show became miserable for both the models and guests. Many models fainted due to what West claims was “emotional stress”; however, this is not very believable considering the heat was probably the cause of the collapse.

One Yeezy model who fainted, Gordonnay Gaines, apologizes by telling Elle, “Sorry! I feel so bad!”

Model passed out in the heat is given water by man in the audience but no one on the #YeezySeason4 team helps.

On the positive side, the clothes displayed in West’s show got mostly amazing reviews. The collection included a gathering of nude colored, military-inspired clothes. Season 4 consisted of tight-fitting dresses, leggings, sweaters, and oversized shirts. Most viewers, including his wife, Kim Kardashian-West, praised the thigh high boots.

Kardashian-West even posted an Instagram of the beloved boots!

Sophomore, Morgan Farrior claims, “I like how the collection is natural with more nude colors and looks relaxed. It looks very stylish but also comfortable. It’s super different and not like any other clothing line out right now.”

West’s sister-in-law, Kylie Jenner, who also praises the collection, wears some of her favorite pieces from the Yeezy Season 4 Collection.

On the contrary, Junior, Mia Lopez, states “I do not like the Yeezy Season 4 Collection because I feel like only celebrities can pull off that look.”

Along with Lopez, Tim Gunn, an American fashion consultant, trashes the collection by calling it “dumb and basic.”

Although the amazing clothes in Yeezy Season 4 received favorable reactions, the collection itself was overshadowed by the unacceptable way in which the show was presented.