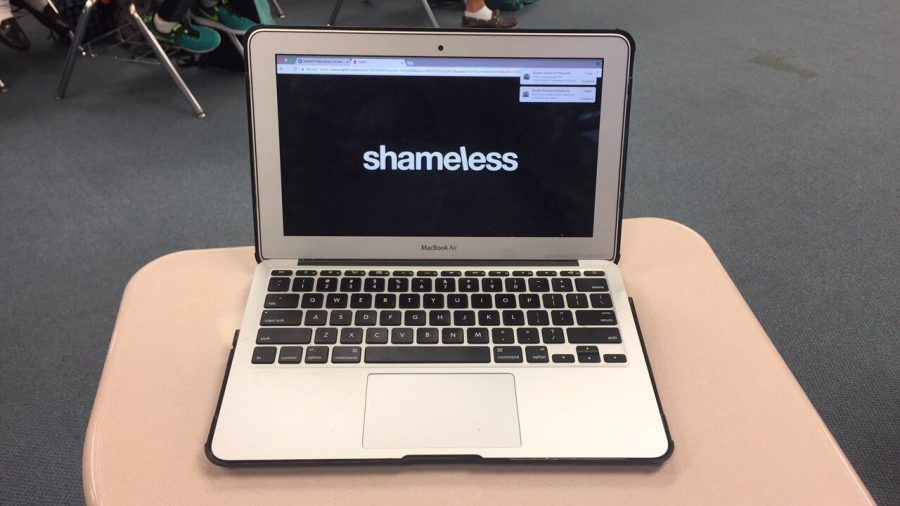 Shameless has been highly recommended amongst Academy students and has been given 5 starts on Netflix.

Although Shameless has been around since 2011, the seven season comedic drama recently has taken Academy by storm.

The Showtime production is about a single alcoholic father raising six children in the roaring city of Chicago. Although his kids seem to be doing just fine without his parental guidance, the show captures their unapologetic behaviors and adventures.

Senior Megan Matter mentions, “I would like to say that I feel like I was the one to start this whole obsession because I have been watching since freshman year and now everyone started listening to me.”

Seniors are not the only ones who are in on the craze, freshman Caroline Jones argues the show is a little graphic and a little raunchy, to say the least, but is already on season five and does not see the point in stopping.

Jones says, “It is a good show, I sometimes debate whether or not to stop watching but I always find an excuse to continue.”

Another freshman Kylie Weathers adds that she just started the show and intends on finishing it. She says, “Everyone is talking about it so I want to be in the loop.”

With one father and six kids under one roof, there is plenty of room for humor, trouble, and disaster. The unfiltered series makes it hard for viewers to look away and it is no help for all the binge watchers out there that it is on Netflix.

Sophomore, Natalie Smith has been watching it for nearly four months and can’t seem to get enough, “It is a weird show I am not going to lie, but I still get a thrill from it.”

New York Times gets to the root of the show with Shameless writer John Wells and how his team is able to accomplish taking serious matters such as poverty and alcoholism and making it into a lighter situation.

Wells shares with New York Times, “there was an audience for a funny-sad series about six cash-strapped, coupon-clipping youngsters who believe that being poor together is better than living comfortable yet separated lives with different foster parents.”

Gossip Girl and Grey’s Anatomy are just two to start off the list of shows that have become a rite of passage at Academy and Shameless might be making its way. The fast popularity has been bringing all grade levels together and giving them something to talk about. The Sunday night show does not have a set returning date for season eight, but is said to be soon in the works.

Playing Fiona Gallagher has been one of the great privileges of my life. I'm so happy to continue w my SHAMELESS family!Back to work in May!