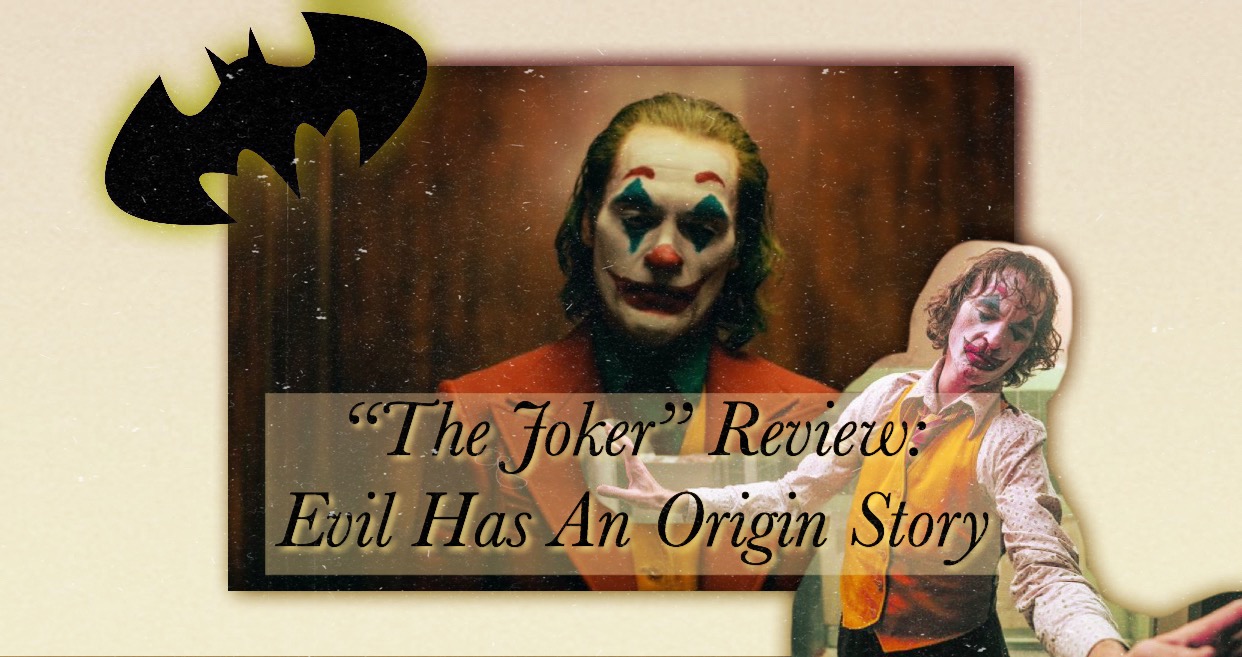 What is evil, where does it come from, and how do we stop it? Evil, something far easier labeled than understood, is one of the world’s greatest mysteries, for it is something that derives not from outside forces, but from humanity itself. Released last Friday, Oct 4., “The Joker”, directed by Todd Phillips and starring Joaquin Phoenix, tells the story of pop culture’s cruelest villain: the Joker. Unlike other Joker-focused films and shows, “The Joker” is written as an origin story and portrays the Joker, originally known as Arthur Fleck, and his full descent into madness. Trying to answer an impossible question, “The Joker” does it best to provide a potent, powerful social commentary on evil and the world in which it is created, but with an issue as complex as that, there was no way it could have answered it right.

Looking at it as if it was just another film, “The Joker” is great in a million ways. Joaquin Phoenix’s performance is riveting, and will very likely score him a “Best Actor” nomination at this year’s Academy Awards. Though no actor may ever be able to top Heath Ledger’s iconic performance in the role, Joaquin Phoenix has certainly earned his spot as one of the better adaptions of the Joker. The movie was also incredibly beautiful, both cinematically and visually. I thought that though the content was hard to watch, the actual look of the scenes were remarkable. Many times, I found myself mesmerized by cinematography, whether it be during the scenes in which Arthur Fleck was staring into his mirror, methodically putting on his makeup, or in the scenes in which he was fearlessly dancing outside. Each element of the film was phenomenal, and far better than what I was expecting it to be. So, for those reasons, if the film had just been an ordinary one, it would have been almost flawless.

However, “The Joker” is not just any other film, and it’s been criticized as brutally as it has been praised. Shamed by many for being “dull”, “terrible”, or “uninteresting”, many viewers left the movie feeling unimpressed or disappointed. As stated by Crista Guevara (‘23), “I thought it was pretty boring, but the story itself was really interesting. I liked watching it, but I think it was one of those movies that you’d only see once.” However, I found that the criticisms of the film, including those mentioned above, all stem from one source: the movie’s message and purpose.

When the movie was close to its release, controversy swarmed in, berating the film for its sympathetic narrative towards cruelty, and stating that the film, in some way, “empowered” those seeking violence as an outlet for their problems. After seeing the film myself, I can say that the movie does neither, but it’s not exactly, perfect, either. The problem with villain origin stories is the inevitable fact that they will, in some way, make viewers feel pity or sadness towards those villains, despite the fact that they are canonically known as “evil”. Many people believe that there is no room in cinema for movies that try to retell the tragic stories of said villains.

People are really sympathising with the joker I—pic.twitter.com/VdTxrLEdtZ

However, those “tragic stories” are exactly that: a tragedy. There is absolutely no excuse for the actions of characters such as the Joker, and the only person who made those sinister choices was the Joker himself. The faults of the Joker are not the product of other people. His mistakes are his mistakes alone. However, the Joker was not born evil nor was he destined to be from the start. There had to be some sort of spiral, some sort of reason, as to why he became the person he did— and that’s exactly what “The Joker” shows. There is a fine line between showing an explanation for the acts of cruelty versus showing an excuse from them, and the film does not cross it.

It would be great if we could decide that people such as the Joker are evil and only evil, but the Joker is, like anyone else, a human. He had the potential, at least in the beginning, to be good— but he made choices that transformed him into a monster. If we refuse to admit that kindness is vital to our world and can turn a destructive society into a good one, we will never be able to change at all.”

The Joker was brutally mistreated, isolated, and shut off from society. But, in the end, he was the one who decided to be bad, to let his trauma evolve into wickedness. Yet, knowing that, we, as fellow humans, cannot disconnect ourselves from the world in which evil is spurred into. It would be great if we could decide that people such as the Joker are evil and only evil, but the Joker is, like anyone else, a human. He had the potential, at least in the beginning, to be good— but he made choices that transformed him into a monster. If we refuse to admit that kindness is vital to our world and can turn a destructive society into a good one, we will never be able to change at all.

Evil may be deemed as inevitable, but it is not unstoppable. As stated by Kathia Guzman (’20), “The movie itself touched upon mental illness, which I thought was really important. It showed that because of the government’s low funding for the mentally ill, these individuals aren’t able to get the help they need, and their illness drives them to a more violent way of being.”

I think “the Joker” was trying to allow us to empathize with the Joker’s story, but not his actions that followed it. Thordis Elva, known for her Ted Talk that shared her journey in forgiving her rapist, once stated: “How will we understand what it is in human societies that produces violence if we refuse to recognize the humanity of those who commit it?”. It is this sentiment that “the Joker” was ultimately trying to achieve. Trauma does not excuse evil— characters like Bruce Wayne (Batman) himself, someone who watched his own parents get killed and who then grew up as an outcast and a loner, prove that someone can transform their tragedy into a reason to be a hero, not a villain— but we have to recognize that evil is a product of hate, cruelty, and isolation, which are a result of human mistakes. If we dehumanize characters like the Joker, we can never solve an issue like those mentioned above— because evil is neither individual or stand-alone, it walks hand-in-hand with humanity. The only way to defeat hate is through love, and how can we change those who hate if we don’t recognize that they are/were— at least at one point— deserving of love?

If you are interested in watching “the Joker”, I suggest you do so. After being asked if she would want to watch the film based on the trailer, Meredith Nitchals (’21) stated: “I think I would want to watch the movie… I think [it would be] interesting to see the backstory of a villain and to see how he went from an ordinary man to the Joker.”

The movie had its fair share of problems, such as being “too long” or “boring”, but I think this was merely a product of the fact that evolution to evil is a long process. If you want an authentic, realistic portrayal of the descent of madness— you cannot skip anything. Other than that, the movie was, at least on a technical note, spectacular. All other issues point directly to the message. While I personally think the movie did an excellent job as a social commentary, I don’t think it was perfect— however, I do not believe there was any way it could have been. Evil is a curse so gravely and innately etched in our world and our society that I do not believe it is “The Joker”’s nor any other film’s place to fully decipher. If the complexity of evil could be decrypted by a two hour and two-minute long villain origin story movie, then I would presume there would be a million Joker movies released every day. That said, I think this movie does its part in providing a certain perspective to a question we all have a desperate yearning to know the answer of, and I think that, in itself, is enough. The perspective “the Joker” shared may be a bit warped or a bit distorted, but as it a human question, we can only get a human answer.

The Joker is a fabulous film that asks you to take a look at yourself and how you reflect and impact others lives. From the get go it’s asking you to think “what’s wrong with this guy?” And you end up thinking “what’s wrong with people?” And questioning how you treat them 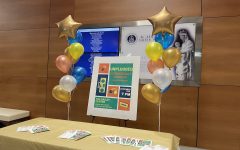 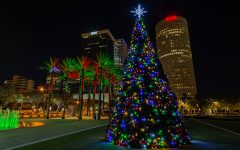 Fun Things to do in Tampa during the Winter Season