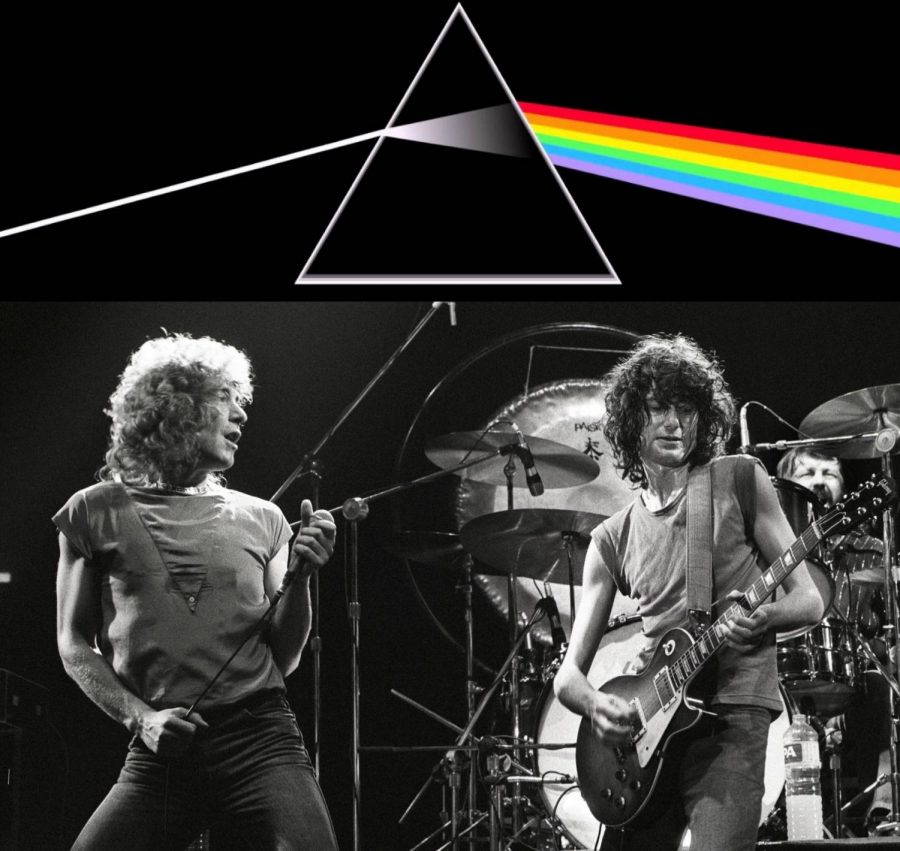 The song "Black Dog" by Led Zeppelin was named after a nameless black Labrador retriever that the band would feed.

The legacy of rock music is a paradox. It is a genre that transformed American culture in a way that re-shaped and manifested racial dynamics. At one point in the 1950s, the music of this genre seemed to prelude the deterioration of racism, gender norms, and cultural segregation. By the 1970s, however, the genre became re-defined as a white-dominated, male-dominated multi-million dollar industry that glorified the clichéd slogan “sex, drugs, and rock & roll”.

Even before the slogan came into play, Jerry Lee Lewis, deduced to be one of the first official rockstars, married his first cousin, 13-year-old Myra Lee Lewis, while he was 22-years-old. Lewis had stated to reporters that his wife was 15-years-old, which later was confirmed to be untrue. Despite the marriage being off-putting, the public made some exceptions. Assuming that the man was well-off and would treat the girl well and if both the parents and the girl were amenable to the marriage, little controversy stirred up. Jerry Lee Lewis and Myra stayed married for 13 years, the second-longest of his unaccustomed seven marriages.

Musician Kris Kristofferson remembers: “I was in England when they ran him out of the country, and it really seemed unfair to me, because he had no idea he was doing anything wrong.”

During the optimum period of Led Zeppelin’s prolonging fame, sex, drugs, and rock & roll became a mantra, and groupie culture was praised. The spirit of this period is romanticized by movies such as “Almost Famous” and “The Dirt”, where either real-life or fictional scenarios are shown regarding groupie and drug culture. The ‘70s classic rock era displayed how far fans of famous rockstars and bands were willing to let them go without ever calling them into question. Though many Zeppelin stories were confirmed to be untrue; the stories still made them legends to many, leading into the vices of the cliché hair metal bands of the ‘80s, such as Mötley Crüe. From statutory rape to heroin addictions, to even satanic rituals, the classic rock era glorified this depravity.

Many who made the cover of Rolling Stone magazine perfectly depict the issues regarding this classic rock culture; displayed in the ‘60s, ‘70s, and ‘80s. It is often hard to differentiate between fact and fiction with Led Zeppelin. Satanic rituals and endless drinking problems involving drummer John Bonham aside, one thing has been validated as true, which is guitarist Jimmy Page’s relationship with heavily worshiped, underaged groupie Lori Mattix.

Mattix was not an urban legend among the classic rock culture. Mattix had later revealed that Page would bring her up to his suite at the L.A. Hyatt House, keeping her sequestered from the public for extended periods of time in the hopes of protecting himself against statutory rape charges.

The ‘70s rock-groupie scene has been documented by the popular rock magazines of the era, where Lori Mattix was referred to as “Lori Lightning”. Rockstars would hand over the name “baby groupies” to Mattix and her friend Sable Starr, because they were known as underage groupies of the era. Sable reported losing her virginity at 12-years-old to Randy California of Spirit. Rockstar Iggy Pop even wrote a 1996 song called “Look Away” about having relations with Sable when she was only 13-years-old.  Mattix has also reported underage relationships with Mick Jagger of The Rolling Stones, singer-songwriter Rod Stewart, and English singer-songwriter David Bowie.

Following the #MeToo movement, Mattix recently told The Guardian: “I think that’s what made me start seeing it from a different perspective because I did read a few [articles], and I thought, “Wow, maybe,” she said in regards to whether she had been exploited and abused by Page. “That’s an interesting question. I never thought there was anything wrong with it, but maybe there was. I used to get letters telling me he was a pedophile, but I’d never think of him like that. He never abused me, ever.”

Mattix talks about her changed perspective: “I don’t think underage girls should sleep with guys. I wouldn’t want this for anybody’s daughter. My perspective is changing as I get older and more cynical.”

“It is weird to think that groupie culture, especially among underage girls, was widely accepted by fans, and now, it is difficult for people who try to tag along with bands because of all of the security. There are a lot more limits today then there were decades ago,” said Mary Kelly Cardillo (‘20).

Unruly drug use prominently marked not only the classic rock era, but also the grunge era and present-day rock & roll. Many rock hits allude to both drinking and drug use.

Women were also not prominent in this genre. Marketing labels were hesitant about signing women and had some sexist ideals about women in rock & roll and thought that their labels would not sell.

Another issue that seems to be brushed under the carpet is the lack of representation among races in the genre.

Elvis Presley’s notorious quote, “The only thing Negroes can do for me is buy my records and shine my shoes,” consolidated his wrongdoing amongst the black community.

Presley denies ever saying the quote: “I never said anything like that, and people who know me know I wouldn’t have said it.”

“A lot of people seem to think I started this business,” Elvis continued, regarding his “King of Rock ‘N’ Roll” status and reputation. “But rock ‘n’ roll was here a long time before I came along. Nobody can sing that kind of music like colored people. Let’s face it; I can’t sing it like Fats Domino can. I know that. But I always liked that kind of music.”

Author Jack Hamilton comments on the lack of representation among races in the genre: “American singer-songwriters Sam Cooke and Bob Dylan are rarely mentioned in the same breath, but their careers exhibit a racial double standard with respect to notions of creativity and artistic integrity.”

Comparing these issues with the modern-day rock bands of society, most issues have been eliminated, except for groupies. Popular rock band Greta Van Fleet’s sound almost exactly mirrors that of Led Zeppelin. In a recent interview, the two members even discussed “the two types of groupies.” This evidently concludes that groupie culture still lingers within present-day rock culture. The age of these present-day groupies, however, remains unknown.

“I feel as if the present-day rock music is not necessarily ‘classic’, we probably would not be able to determine which present-day rock bands are going to be referred to as classics until the near future. Honestly, I do not even see too much rock music today, or at least, it is not nearly as popular as it once was,” said Bella Addison (’20).

Greta Van Fleet drummer Danny Wagner recently unveiled in a Paste interview that fortunately he and his bandmates are not a “drug band”, which should help them avoid the tragedies their rock royalty predecessors endured.

In comparison to their ‘70s counterparts, such as Zeppelin, Greta is much more radio-friendly for younger viewers overall, both on and off stage. For these four bandmates, ranging from ages 19 to 22, they have an astonishing lack of scandal.

Wagner discusses the parallels of past and current rock bands: “None of us are into that whole drugs-and-sex scene. It’s just literally a different industry now. It’s a different world. Things aren’t the same. Back then, it all happened because there was just a lot of confusion and a lot of people tugging at different ends of the rope, but it was like, just crazy,” said Wagner. “There is a lot going on but… we’re that grounded. I swear. We don’t know what the heck is going on half the time, but I think it’s for the best. I think it’s for the best.”

Relatively new hot rock band The Struts mirrors the look of American glam rock band The New York Dolls. The Rolling Stones, Mötley Crüe, and Foo Fighters all wanted them as their opening act, and got them.

In an interview with the Aquarian, The Struts talk about their experiences with the cliched party life of a rockstar.

Drummer Gethen Davies said: “We partied a bit at the start of the tour but soon realized that you simply cannot do this lifestyle by partying every day. In the ‘60s and ‘70s, you could first wake up at 3:00 p.m. You might not even have a soundcheck. Besides the show, you got nothing. Nowadays, we got massive promo, interviews, radio, travel, photoshoots, television, but, uh, yeah, we pick our times [Laughs].”

Guitarist Luke Spiller of the Struts said: “And I think for me, I started to realize that the tours are way too long to drink. You’re living in close confined spaces with others. I don’t do good with that anyway, regardless. And when I was hungover, it just never made things any easier. I didn’t sleep well. I wasn’t polite to people. Now, I do it clean.”