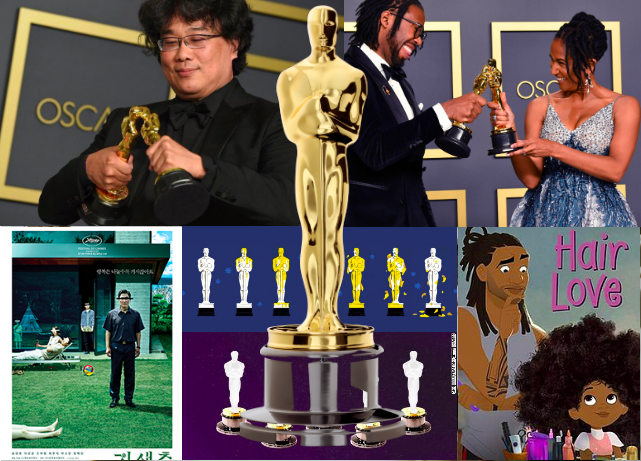 Parasite was the first South Korean film to win an Oscar. With this, more people questioned the Academy for not nominating its cast for any acting categories. (Photo Credit: Reagan Finch/Piktochart/Achona Online)