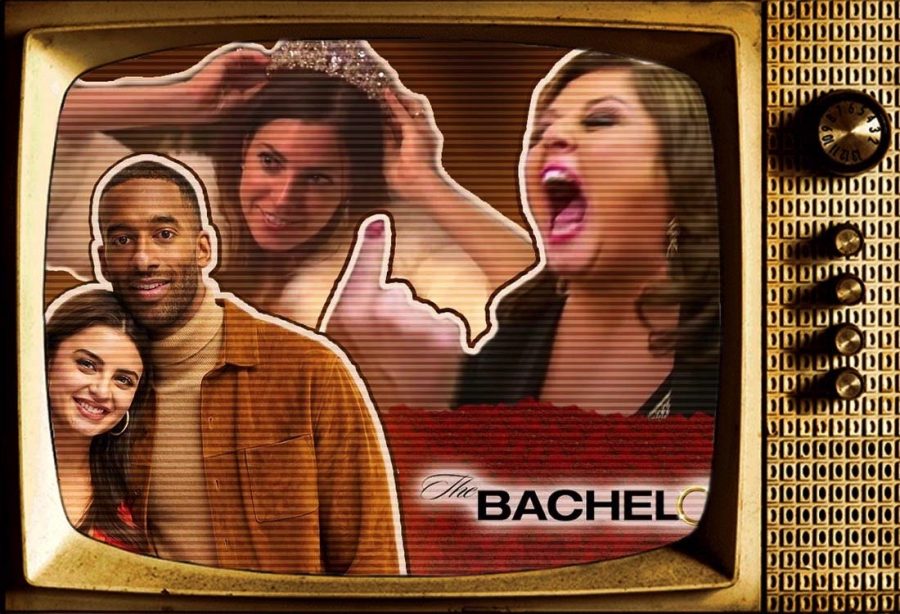 Reality TV is infamous for its abundance of drama and copious editing.

All of these programs are popular TV shows–and known for being categorized as “trash TV.” The term “trash TV” is often used to describe reality shows with dramatized elements. It is considered low-brow entertainment, and looked down upon in Hollywood for its exaggeration and ridiculous drama. Yet, despite being considered low-quality with its cheap tactics and production value, it remains one of the most popular genres of TV that pulls in huge amounts of money and viewership with each episode.

The Bachelor and its related shows (The Bachelorette, Bachelor in Paradise, etc.) are by far the most popular shows of the trash TV genre. It is also one of the longest running, with the Bachelor set to start filming its 26th season this fall. Viewers tune in every week to watch the drama surrounding the many contestants as they try to win the main man’s heart, with fights, heartbreak, and juvenile antics everywhere.

“The fact that there’s a lot of different women fighting for the same man, it just gets very dramatic. Girls will be girls, and they always start drama for no reason,” said Miles Taulbee (‘23).

Dance Moms is another popular show, with its first episode airing in 2011, and it wrapped up in 2019 after season 8 finished. The show follows a team of young dancers, with their catty moms and bossy dance teacher always butting heads in the studio and at competitions. Similar to the Bachelor series, there’s always fighting, crying, and drama packed into every episode.

Fighting, crying, and drama are all key elements of trash tv shows, accompanied by dramatized editing and overly-intense music. Many look down upon the genre, yet have at least one show in this genre as a guilty pleasure. What makes reality TV so appealing?

“I think reality television appeals to people since the shows televise overdramatized versions of an interesting life. The shows always have some sort of cliffhanger which tempts you to continue watching and wait next week for the new episode. My personal favorite is Dance Moms since I always liked watching the girls dance and the moms causing drama since I was young, and it’s always entertaining with a new problem to watch,” said Camila Gonzales (‘23).

Part of this attraction to reality TV lies outside the general drama that comes with the material. Reality TV may not actually be “reality” with all its cookie-cutter editing, but it allows viewers to see into the lives of other people. It is fun to watch the lives of other people, especially when most reality TV show contestants get to go on fun escapades and do things most normal people would not. Simply put, people like to watch exciting stories unfold, which is a big reason why people like reality TV.

“I watch a lot of Jersey Shore, and I think it’s interesting to me just because there’s a lot of drama in it and it kind of contrasts with my real life. That doesn’t really happen in reality, so it’s kind of fun to escape and see that other people have problems, too,” said Paige Gonzalez (‘23).

Another aspect of the appeals can be attributed to the connection between the audience and the “characters.” As with any other TV show, viewers can go attached to certain characters–including people on reality television programs. Psychologist Dr. Jana Scrivani says that “Reality television in particular gives us a false sense that we really know the people we see on the screen. Over time, we come to see the folks portrayed on the screen as friends. We identify with their struggles and triumphs. It’s much less time consuming to take in a half an hour television show than to connect with a friend.” This suggests that people like reality TV because of the attachment viewers grow for the people they watch.

“I found the mothers to be typical dramatic mothers who were very entertaining. The girls were sweet towards each other and made it rewarding to watch them win awards as the series progressed,” continued Camila Gonzales (‘23).