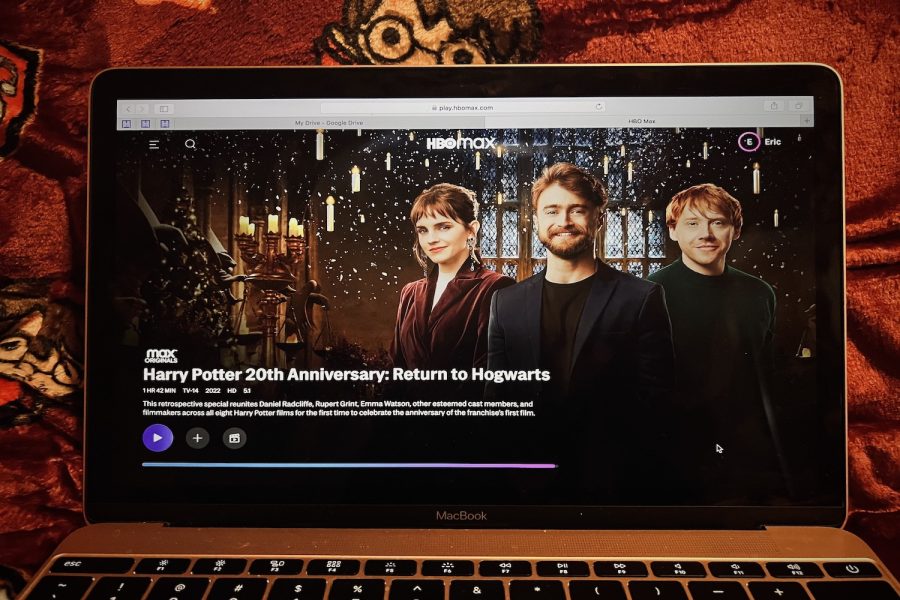 There's a quote of Dumbledore's that reads, "It's not really goodbye, afterall." In terms of the "Harry Potter" reunion, I couldn't agree more.

I mean, I love HP like it’s nobody’s business.

So, you can imagine my utter euphoria when I heard the OG cast and crew would be reuniting, in a TV special, to commemorate the first film’s (“Harry Potter and the Sorcerer’s Stone”) 20th anniversary. You can also (probably) imagine that I have a lot (like, a lot) to say.

Here are 51 thoughts I had while watching  (and a few quotable moments from) “Harry Potter 20th Anniversary: Return to Hogwarts.”

Of course Emma’s in a book shop.
EmWats, marry me, please.
To whom it may concern: I’m still waiting for my Hogwarts Letter (please and thank you).
John Williams, could you please, please compose a score to go with my life?
Kidding. EmWats, marry Tom Felton, please.
#Dramione5eva— and no one can convince me otherwise.
EmWats, are we the same person?? My mom read the series aloud to me too.
Baby Daniel smirking is just adorable.
“I’ve had kidney stones and a baby. I feel my age.” -Rupert Grint.
How is it that Emma Watson, Rupert Grint, and Daniel Radcliffe are so much like their characters? (Are we sure they’re even real?)
Actually, who was in charge of casting? They should be in charge of all book-to-screen adaptations, IMHO.
The fact that the cast’s predominant age range is 10-12 years old (at least for films one and two) is insane.
But where is Emma Thompson? And Kenneth Branagh? And Dame Maggie Smith? And David Thewlis?
Is there any way I can stay at the Burrow? Just for a day or two?
Dobby is freeeee.
So, Richard thought Fox (the animatronic phoenix) was real…?
Alfonso Cuarón, you are *chef’s kiss*. PoA is arguably the best film of the series— and no one can convince me otherwise.
Alfonso, I read “How to Read Literature Like a Professor,” I am picking up what you’re putting down. Dementors represent a loss of innocence; the silver moon conveys Sirius’ redemption. I get it.
The Sirius-Remus dynamic was so well portrayed.
So, Dan wrote one page on his character, Emma wrote 12, and Rupert didn’t write anything… Seriously, who were the casting directors??
Um, actually, Mr. Newell, GoF is 734 pages and OotP is the longest novel (at 870 pages) in the series.
It’s beauxbatons (stressed “o”), not beauxbatons (unstressed “o”).
I need to know, who “okayed” Dan and Rupert’s hair in GoF?? It’s horrendous.
“You slayed dragons. If you can’t get a date, who can?” 10 points to Gryffindor for Ron’s one-liners.
“Emma obviously looked beautiful. Meanwhile, me and Rupert looked like, I dunno, Austin Power’s mates off to the side.” -Dan Radcliffe.
Wait a minute, is that Edward Cullen??
Forget Dramione, I need Temma.
I just don’t believe it. There’s no way Emma and Tom are “just friends.” Their attraction to each other is palpable.
If I were to look up “disillusionment” in the dictionary, I’d find a picture of Voldemort with his nose.
Voldemort takes longer to get ready than I do.
“We’re snogging down here.” -HBC.
HBC, you are simultaneously hilarious and terrifying.
Also, gross. HBC, why, why did you put the “relic” teeth in your mouth??
Dan’s acting is just incredible in the wake of Sirius’ passing.
Genuine q: who’s worse, Umbridge or Voldemort?
Umbridge. Definitely Umbridge.
I cannot imagine a reality in which Hermione Granger isn’t portrayed by Emma Watson. I just can’t.
Same goes for Rupert and Dan.
Was it really only a year ago I was watching DracoTok?
No one could have played Snape like Alan Rickman played Snape.
JKR’s ability to weave a story (the tale of the Deathly Hallows) within a story is astounding.
We should implement British terminology (knackered, lift, bloke, rubbish) into American vernacular.
Alexa, play “Old Children” by Nick Cave.
“For me, running is a stunt. Walking is a stunt.” -Rupert Grint.
Tissues. Where are the tissues?
Rupert declaring his love for Emma, but as a friend (just as a friend), is adorable.
“Rupes”??
“There’s something about ‘Harry Potter’ that makes life richer.” -Emma Watson
I honestly don’t know who I’d be without the series— it’s sometimes like my lifeline.
Still can’t find my tissues. I guess I’ll just sob into my HP blanket…
Always. Always, Always, Always.

“Harry Potter 20th Anniversary: Return to Hogwarts,” and the franchise’s other films, can be streamed via HBO Max.