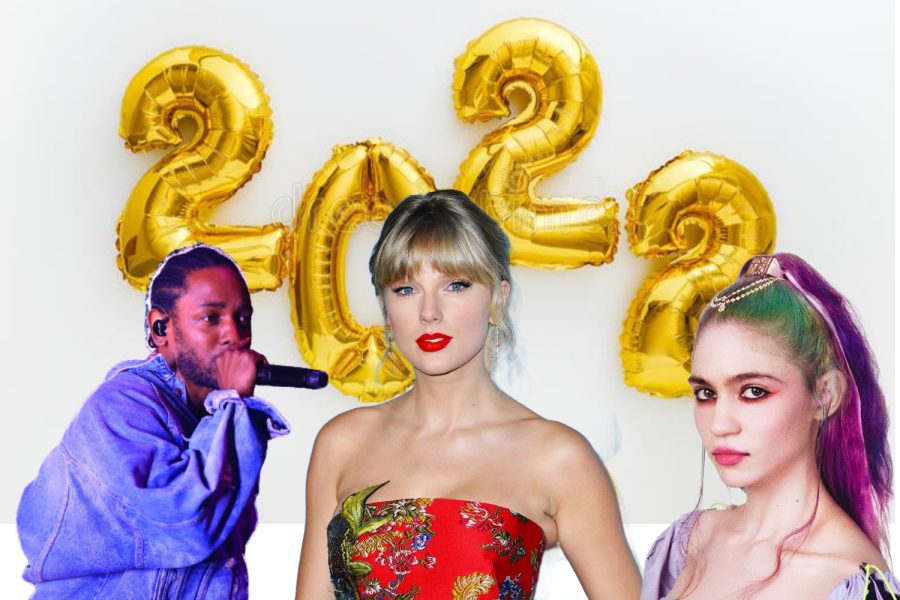 2022 is set to be filled with new music all around, but these are 9 of the most anticipate set to be released this year.

It is no secret that Taylor Swift has been re-recording her albums in order to take back her life’s work, but the timeline of their releases has been suspicious to say the least. However, after the release of Red (Taylor’s Version) in November, fans can anticipate the next one is coming soon. The Swifties (Taylor’s fans) have a few theories about which album is next – most likely Speak Now (Taylor’s Version) or 1989 (Taylor’s Version). Thus, a combination of Swiftie excitement and the possibilities of new songs mixed in with the old (songs Swift has been pulling from her “Vault” of songs that did not make the album the first time), whichever album Swift decides to released will be one of the most anticipated albums of the year.

After the success of Lizzo’s first album Cuz I Love You in 2019, fans were finally gifted with a single in early August entitled “Rumors” that featured Cardi B. While they expected it to come at the end of 2021, Lizzo told Billboard this new album is coming soon and one of the most “sophisticated bodies of work” she’s made yet. Even though it may take some time, fans know Lizzo’s new album will be just as empowering and catchy as the last and are waiting patiently for their next “girlboss” anthem.

Nicki Minaj recently revealed her new album will be out before the summertime begins and fans became ecstatic. Since her last album in 2018, Minaj has released many singles, but the Barbz (Minaj’s fan base) have been waiting for an entire record. Minaj has described the upcoming album as “coming full circle” due to the fact that she recorded it the same way she recorded her early albums and was a rookie.

After an iconic Super Bowl performance and the announcement of Lamar hosting the Rolling Loud Musical Festival later this year, album rumors are very much on the horizon for the rapper this year. Rumors were further perpetuated when Rolling Loud’s official Twitter account and then deleted “Kendrick headlining Miami again means exactly what you think it means”, alluding to the fact that the last time Lamar headlined was the same year he released his previous album, DAMN. Lamar also released a statement last year saying this upcoming album will be the last he’ll release with his current record company, Top Dawg Entertainment. This makes the album even more anticipated, as it marks the end of an era for Lamar and his fan base.

He HAS to be dropping this summer pic.twitter.com/w6FpTq0lJg

After a breakthrough album in 2018, the Spanish singer announced her new album Motomami will be released in March. As a Spanish artist, Rosalia has broken through to mainstream music after collaborating with the likes of Billie Eilish and Travis Scott. She has already released singles from the album including Saoko, and the rest of the album will be available for streaming at the end of March.

The hyper-pop duo is at it again, announcing their new album 10000 Gecs to come out sometime this year. They have already released one song “mememe” after teasing it on Twitter in early November of 2021. This song included much less auto tune than their first album, making fans wonder just how different 10000 Gecs may be.

As of late 2021, the Arctic Monkeys new album was “pretty much finished”. This announcement came from their drummer after many whispers and nonchalant, sporadic comments from band members throughout the year. Drummer Matt Helders left fans excited when he told BBC’s Rick Edwards he hopes to get the album out early and “tour by summer.”

On Dec. 3, 2021, Grimes graced her plethora of super-fans with an Instagram post captioned “And so the BOOK 1 era begins”. After a year of dealing with the complications of loving a millionaire, being a communist (allegedly), and having a child with the most complicated name in Hollywood, the musician her fans know and love is back. The cover art she has released through Instagram has been filled with CGI characters and futuristic artwork, very on brand for someone who sported a light up sword at the MET Gala. Some even are making connections between the elvish look she wore then to the one on the albums’ cover.

The opposite of an April Fools joke is coming for Red Hot Chili Peppers fans this year. Their new album Unlimited Love will be available April 1st. This album is a landmark for the band because it will be their first album with guitarist John Frusciante since 2006. The band also already has a tour planned for this album starting in the summer.