Sisters on a road trip to remember 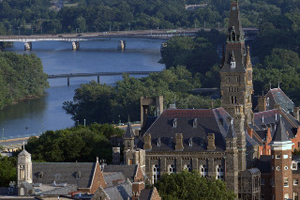 Driving long distances terrifies me, especially driving that car, the car in which I had my accident. This accident was two years ago. No one was hurt, but the embarrassment remains fresh, and my car insurance company has yet to forgive me.  Nevertheless, I jumped at the opportunity to take an almost 1,000-mile road trip with my older sister over Mini-Course Week, beginning  March 23.

A couple of months ago, I realized that I had to make a college decision. Although I’ve been reminded of this fact for many years, it recently hit me that I have to choose by May 1, and May 1 is very soon. I gathered up all my courage and popped the question to my sister Robin,  “Will you go on a road trip with me?”

My sister had been asking me all along to drive with her when she takes a car up to her school, Dartmouth, which is tucked into a little nook of New Hampshire’s woods where public transportation is scarce. Needless to say, having a car at Dartmouth can come in handy, so we made an agreement that we would drive together up through Georgia, the Carolinas, and Virginia to our nation’s capitol,  where she would drop me off at the gates of Georgetown University and continue on her way to Hanover, New Hampshire.

Usually, when Robin and I are in the car together, she drives,  not because I refuse to do so,  but because she misses being behind the wheel and,  I suspect,  she distrusts my driving abilities.  I assumed that Robin would take over the bulk of the driving, and I would sit in the passenger seat, DJ-ing and serving as  her second pair of eyes for the road. Serving as her second pair of eyes generally consists of saying when appropriate,  “AHHH, WATCH OUT!  THERE’S A CAR!” However, Robin informed me the day before our trip that we were splitting up the drive 50-50. Fair enough.

Robin and my dad printed out 15 pages of driving directions from Google Maps,  and we were off. We encountered few problems on our first day of driving,  although North Florida was unfamiliar territory and full of speed traps.  Our only stop on day one was to buy grapefruit at one of the many fruit stands before we reached our first destination – Savannah, Georgia.

Savannah is arguably the cutest touristy town in the state. It’s a sleepy, historic place where the door men say, “Hey, how y’all doing today?” with a big smile instead of “Good evening.” The food in Savannah is superb. I highly recommend going to The Pink House if you’re ever in the area. Another wonderful thing about Savannah is that many restaurants give you corn muffins and biscuits instead of dinner rolls. Yum.

We took off in the morning and made it to North Carolina before sundown, just in time to view all 20 billboards for the mysterious “South of the Border” theme park (I’m having trouble classifying it as anything in particular actually.) When you next find yourself in the area, you might want to stop by and check out the giant sombrero, alligator museum, and questionable dinosaur crossing.

Robin has some friends at Duke with whom we stayed with the evening, trying to console them after their basketball team’s loss. Our pity seemed lost on several Dukies, some of whom sank into post-March Madness depression.

Day three came with three problems. Problem one, I had officially spent two weeks’ allowance on gas. Problem two, Robin and I realized that we had messed up the timing on our strategically planned music. We listened to “Why, Georgia?” in South Carolina, “Wagon Wheel” (lyrics “If I die in Raleigh at least I will die free”) in Virginia, and hadn’t listened to “Meet Virginia” at all.

Problem three, we were really lost. DC has arguably the most confusing road system of any city I’ve ever visited. We roamed from the Pentagon to China Town before giving up and calling home: “Daddy, we’re lost.”  And we remained lost for about an hour before being guided safely to Georgetown’s gates. I missed by an hour the class I was supposed to audit,  but hey, we got there.

Overall, our road trip was a success. No one was hurt, we never ran out of gas, and we only screamed at the traffic once (guess where?).  So if you ever find yourself road tripping, make sure you have a map, a GPS, someone to call at home for directions, and a whole lot of patience.