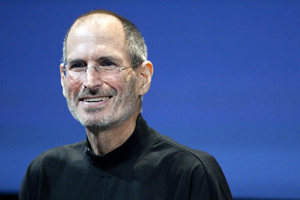 Just a little over a month has gone by since Steve Jobs’ passing, yet Apple’s success remains steadfast.

Jobs, a college dropout, began Apple Computer Company with Steve Wozniak in his family’s garage. Jobs is credited with making the computer personal, affordable, and accessible. Jobs was also Disney’s largest shareholder, as the owner of the $4 billion corporation Pixar. Now, with the recent release of the iPhone 4s and other products, Apple’s sales continue to climb, partly because of teenagers who like the way Apple’s cutting edge technologies offer style and convenience.

Camilla Golson, long-time iPhone user says, “I love my phone. It keeps everything together. It’s quick. It’s like having a computer with me all the time. I like it especially because I can fit all of my music on it.”

The iPhone, iPod, and iPad are just a few devices teens love to use. As Golson points out, the iPhone is a handheld computer. The iPad, a large tablet, has the same capabilities of an iPhone with the exception of making calls. Lastly, the iPod, a product that has redefined the way music is purchased and enjoyed, is a ubiquitous part of many teens’ lives.

Besides the iPhone, many Academy students favor the Macbook to a PC. The most common reason is the reliability. With the multitude of projects and papers students hand in weekly, it is no wonder why they need a trustworthy machine to produce them all.

“I got my Macbook Pro in August for my birthday,” says senior Kerrie Spiller, “and I honestly can’t imagine using another computer for my school assignments now. My laptop makes everything a lot simpler and less stressful.”

Spiller is only one of Academy’s most satisfied Mac users. Numerous Academy girls swear by their Mac’s stability and toughness. Anne-Marie Trang, also a senior, has had her iMac home computer for six years. Despite its relatively old age for computer hardware, it still works like new.