How I became a fan of the public library system 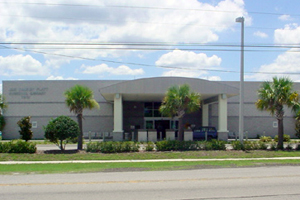 I became a fan of the public library system a few months ago.

I was surfing the Internet when I came across a video featuring a speech by Ken Robinson.  I could watch the video ten thousand times and still not get tired of it. I became infatuated with Robinson’s ideas and was thrilled to find out that he had written a few books. I searched the Internet for his books. I searched Barnes and Noble. I soon discovered that a book by him would cost me at least $25. Within a tight budget, I knew that I shouldn’t splurge on such a book, but I felt I needed to figure out what this book had to say.

For some reason, I thought of the library. I have gone to the Jan Platt Public Library on Manhattan here in South Tampa maybe once a week for the past two years – but only to do my homework in a quiet place.  I never thought of the library as a functioning facility to get books…that’d be ridiculous.

Nevertheless, I decided to search the Jan Platt Library on the Internet. To my surprise, I could type in the name of the book,  and the website would tell me whether it was in or not. Sure enough, there was the book! The library had the $25 book I wanted. I just had to figure out how to actually borrow that book from them.

I had a library card in my wallet. It was issued to me, under my dad’s name, in the year 2000 – when I was six years old. Hesitantly, I walked up to the information desk at the library and introduced the man to my ancient card.

He scanned it into his computer and told me that I actually owed the library money. I guess in the year 2000 I had checked out two books about baby animals and had never returned them. I was nervous about what enormous fee awaited me, but the man kindly told me that I only owed $2.50. He gave me a new card, a smaller card for my keychain, and a bookmark for free.

I searched the library computer for the book’s location and immediately found it. From there, it was as simple as putting the book on a sensor and swiping my card. I walked out of there with a safe $25 in my pocket, a card to a new community, and 21 days worth of Ken Robinson’s words.

Being a studious girl, I spent a lot of time doing homework after school and not a lot of time reading my library book. My book’s due date sneaked up on me so incredibly fast that I felt embarrassed that I hadn’t finished it.

I wondered if there was a way I could check out the same book again. I assumed that wasn’t possible when I thought of all the people that were probably dying to read the book that I had,  but I figured I would give it a shot. On my phone, I searched the phone number for the library. I called them only to hear the voice of a robot. The robot woman asked for my library card number – which was on the back of my card– and the number of the book I had checked out – which was listed on the back of the book. When I typed in those two simple numbers, the robot told me my new due date,  and I was good to go for another 21 days.

I am so impressed with the public library system. I never thought it would help me at all. When I got out of elementary school, I assumed that libraries were no longer of use. I forgot about them. I’ve spent hundreds of dollars on books that the library could have lent me for free.

I used to buy books only to read them once or twice and then donate them. Now I can even rent eBooks from the library so I can read free books on my iPad.