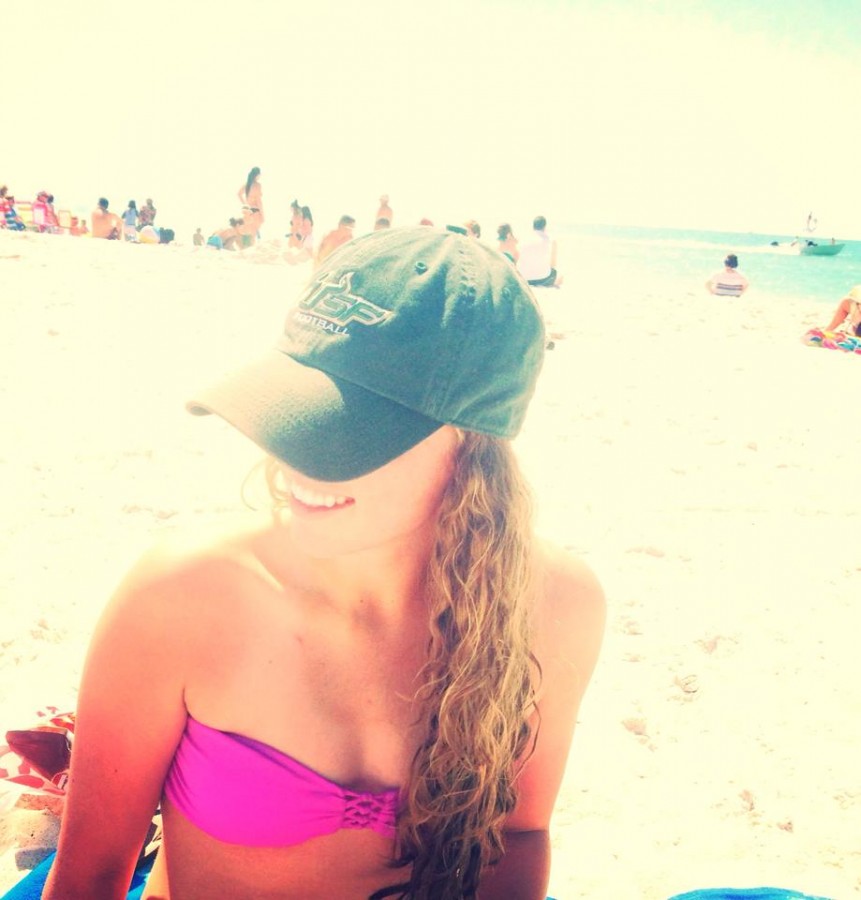 "Working with the government has always intrigued me as well as figuring out how to fix the climate issues. I want to be able to stop it.” - Karlee Nipper

During the summer, there aren’t many people you can find who are willing to wake up early every morning; especially when it includes an hour commute (both ways). While many students spend their summer mornings sleeping in, Karlee Nipper heads off to work with marine animals. Since the summer of 2013, the AHN junior has been volunteering at the Clearwater Marine Aquarium; an opportunity that has inspired her college and career goals.

For eight weeks, Karlee Nipper would educate guests on marine life while giving tours of the behind-the-scenes marine hospital. “They would work on rehabbing all of the sick and injured animals – mostly sea turtles.” While she was only able to work two days a week, the decision to volunteer at the aquarium was a perfect choice for the animal lover.

“I was thinking of places I could volunteer (because my mom wanted me to), and I ultimately decided I wanted to something with animals because I grew up going to animal camps. The Clearwater Aquarium was the only one that would allow me to volunteer, and I’m so happy I did, because they really made me feel like I’m a part of their team. They didn’t baby me around all day. They gave me the experience I needed and pushed me to do a lot of things (including public speaking), and they taught me a lot of facts I need to do my job which I have retained.”

Not only did she spend her summer with marine life on her mind, but she has remained involved with conservation activities, including Blue 2014, in October.  She watched films about marine life and climate change revolution. There, she also participated in a Q&A session with well known marine biologist Dr. Sylvia Earle.

Dr. Sylvia Earle, recently been named one of Glamour Magazine’s “Women of the Year”, is Karlee’s biggest inspiration. She is a marine biologist, familiar to the Tampa Bay Area, who spent her years studying at St. Petersburg College and Florida State University.

“After the first time I went to the aquarium I knew that I liked the stuff I did there, and it wasn’t till I saw Mission Blue and what Sylvia Earle did, that I knew I wanted to be an advocate of the ocean. I want to do mostly marine science and political science. Working with the government has always intrigued me as well as figuring out how to fix the climate issues. I want to be able to stop it.”

Karlee also has global experience working with GYLC (Global Young Leadership Conference),  where she spent 2 weeks in Washington DC working with teenagers from all around the world. She had two major projects, one being a mock global summit and the other, a mock United Nations commission meeting. She has also made a lot of memorable friends from countries around the world.

“While there, we were assigned a country and there were about 20 kids per country, I was in the United States. I was the only one from the United States in the group. There were others from countries including, Germany, Colombia, Hong Kong, and several more.”

She plans on returning next year to this conference, to gain more experience.  This will benefit her immensely with her future plans of working with the government.  Karlee does not only want to help the environment, but make people around her care for it too.

She has dreams of utilizing her leadership experience and skills to support her passion for protecting the ocean. She is thinking of going into the field of political science and marine studies. She has yet to think of where she would like to go to college, but with several ideas of what she wants to do with her life, the oceans the limit.