Humans of Academy: Ms. Megan Dubee embarks on the Camino 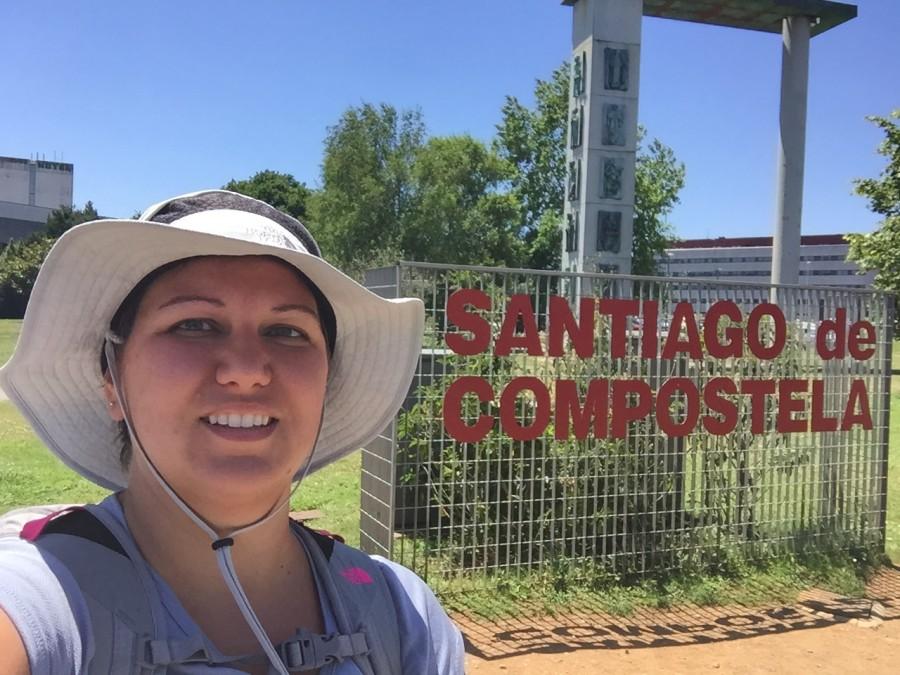 AHN teacher Megan Dubee, who in her fourth year on staff is teaching Algebra I and Social Justice, decided to step out of her comfort zone this past summer and walk the Camino de Santiago by herself. The Camino de Santiago, the Way of St. James, is a large network of ancient pilgrim routes stretching across Europe and comes together at the tomb of St. James in Santiago de Compostela in Northwest Spain. Although her family was against her walking the Camino and thought she was crazy, she decided to try something new and wanted to grow from this experience.

Throughout the journey  one of the things that kept Dubee going when she was tired and had doubts was she reminded herself of the parable of the sower. The parable of the sower is about a sower who spreads seeds which falls on four different types of ground. Each ground is difficult for the seeds to grow and is suppose to prevents seeds from growing. The four grounds each have and represent a specific meaning and lesson. The first ground lesson is: “A man’s reception of God’s Word is determined by the condition of his heart.” The second lesson is: “Salvation is more than a superficial, albeit joyful, hearing of the gospel. The third  lesson is: ” The Someone who is truly saved will go on to prove it.” The final lesson is: “May our faith and the way we live our life’s exemplify the “good soil” in the Parable of the Sower .  This parable is important to Dubee because it helped her be motivated and stay positive during the walk. She was also encouraged by the words said throughout the Bible, “ Be not afraid,” and encouraging words she received from fellow colleagues: Erin Krukar, Devan Adams, Melissa LeBlanc, Lauren Oetinger, as well as her Mom, whom she was able to contact when she had wifi. Dubee’s faith helped motivate her to continue walking and reminded her nothing is impossible when you have God on your side.

During  part of the walk, when Dubee took a moment to sit down and drink water to regain her strength, she was reminded of her Academy family by some fellow pilgrims who were walking the track who happened to be high school girls. The girls who were arguing about the right lyrics to a High School Musical song. The moment put a smile on her face and gave her strength to continue.

After completing the final 100kms of the Camino de Santiago, you receive a “Compostela”, which is a certificate given to the pilgrims who completed the final 100kms. This certificate was a symbol Dubee’s accomplishment and helped motivate her to try new things.

Not only is Dubee a hard working, caring, and motivating teacher, but she is someone who volunteers and gives of her free time. While overseas, she volunteered her home to members of her church group at Christ the King to hold bible studies. Her experience is an example to AHN girls that once you set your mind to something you can accomplish it.  Ms. Dubee is also an example of how to be a strong independent woman.