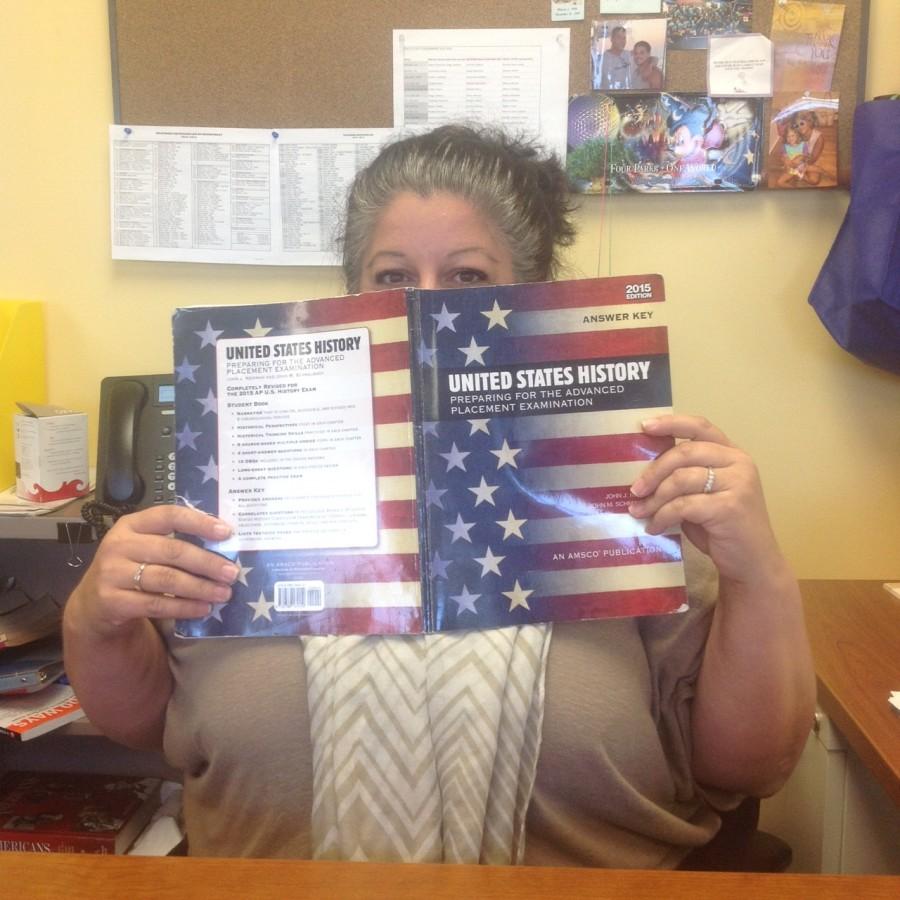 The book that causes many of her APUSH students stress.

Lori Kearney has been teaching at the Academy as a history teacher for nearly a decade. She is originally from Queens, New York and enjoys teaching at the Academy because she, “loves coming to school everyday not knowing what’s going to happen. Every class is unique.” Along with insight and global awareness, she has brought laughter and joy filled memories to her stressed out students.

If you’ve ever taken her class, you will definitely know these Kearney-isms. If you haven’t, here is what you can look forward to:

Ever been late to her class? You’ve probably heard this word. Junior Abby Morris attests, “We had to do multiple choice questions and we had to transfer it to a scantron and turn it in. I wrote my name but didn’t put any answers. She gave me a zero and called me disgraceful in front of the whole class. Never again.”

If you are ever in the mood  for  a good conspiracy theory, Lori Kearney is always the go-to! Senior Gillian Anthony attests, “APUSH last year with Mrs. Kearney was always interesting because of her theories about the JFK assassination and the United State’s landing on the moon.”

3. “Never invade Russia in the winter”

Any student who has ever had Kearney as a teacher will remember her  most important lesson : never invade Russia in the winter.

Kearney met George Clooney in an elevator, a story frequently heard by students.

9. Guerrilla Warfare: the only way to win Water Wars.

Many would suggest the way to success in Water Wars is strategy. Mrs. Kearney emphasizes the importance of implementing Guerrilla Warfare in times of high tension.

10. The Declaration of Independence or the greatest breakup letter of all time?

An infamous Kearney food-for-thought. Must anything more be said?

These few idiosyncrasies will always remain with any Academy girl that has met Kearney for years to come. It is because of these unique traits that Kearney is regarded as an exceptional teacher and mentor to her students.