How Much Does Photo Editing Really Affect Girls Here at Academy

How Can We Stop These Effects? 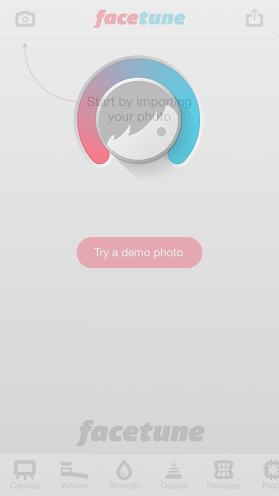 As we have been shown by celebrities, photo editing is everywhere. Magazines, commercials, and cover photos all edited celebrities bodies, faces, and etc. This has caused girls all over the world to become extremely insecure with themselves, and what to reach these forms of beauty. What they don’t realize is these standards of beauty that have been set for women aren’t real and can’t be achieved. Young Celebrities such as Zendaya Coleman and Jennifer Lawrence have had enough with being told they’re not good enough. They are taking actions to show what their pictures look like without editing. Zendaya may only be 19 years old, but this lady is full of wisdom. On Oct. 20, the singer and actress called out Modeliste magazine on Instagram for running a retouched image of her from a photoshoot she had done with the magazine. Her post shows two photos side by side, one is the original image of Zendaya and the other is retouched.” says Huffpost Women.

Despite these movements speaking out against photo editing and embracing who you are, there is still insecurity in posting photos instilled in young and teenage girls. Unfortunately, girls at academy have fallen prey to the participation of photo editing. Most girls here at academy say that they compare the pictures they take to pictures other girls have posted, and feel like their pictures need to look like the other girls. So how do our student really feel about the topic of photo editing at Academy?

How many Academy girls have used editing on their social media photos?

” In my grade I feel there isn’t that much and if there is we would be right on top of it and people would gossip about it and it would cause too much drama so we don’t.” says Sophmore Nyla Jacobs

“I think there is a pretty good amount of girls, at least that I have seen that edit their faces and bodies,” Senior Stephanie Tanase

“Everyone uses Facetune so they have the option of editing their bodies, so a lot of them do,” Sophomore Alexis Alvarez. Facetune is and editing app That have many different editing functions that can allow one to completely transform the way they look in a picture.

People gotta improve their photo editing skills when trying to make their bodies look more appealing ? Like, the walls behind you are curved

2. Does this make  you feel pressured to edit your pictures?

“Yes, because if someone looks better than me I would want to make my pictures look good to” Sophmore Jessica Galvas

wish girlies didnt feel the need to warp their bodies with photo editing apps!!!all bodies r good bodies we all wanna see the real u bb!!!

3. How do you think editing pictures affects girls?

“I feel like girls need to respect themselves not edit their bodies, but unfortunately they have been made insecure with themselves by this.” says Alexis Alvarez

“It creates and unnatural body image and is telling little girls how they are suppose to look when they grow up and is shouldn’t be like that because everyone is beautiful the way they are.” Rebecca Parrillo

IG models & photo editing are giving some of y'all warped perceptions about what bodies look like. Keep your toxic options to yourself.

girls photo editing their bodies just to get more likes on Instagram makes me cringe..? #soobvious

All of this photo editing and altering of bodies on pictures is sad ?

4. How do you think we could change this?

” Teach girls to be confident in themselves here and that everyone is different and you should love your flaws and who you are and not compare yourself to other people.” Stephanie Tanasse

“Stop judging each other and start accepting other for who we are.” Jessica Galvas
Thankfully, Academy is a safe environment for some girls so they do not feel pressured to edit their pictures, and don’t feel insecure about their bodies. Unfortunately though a lot have become insecure with their bodies because of it. The only true way to put and end to this is to teach girls that these edit pictures aren’t realistic, or what true beauty is, and they need to love themselves the way they are.