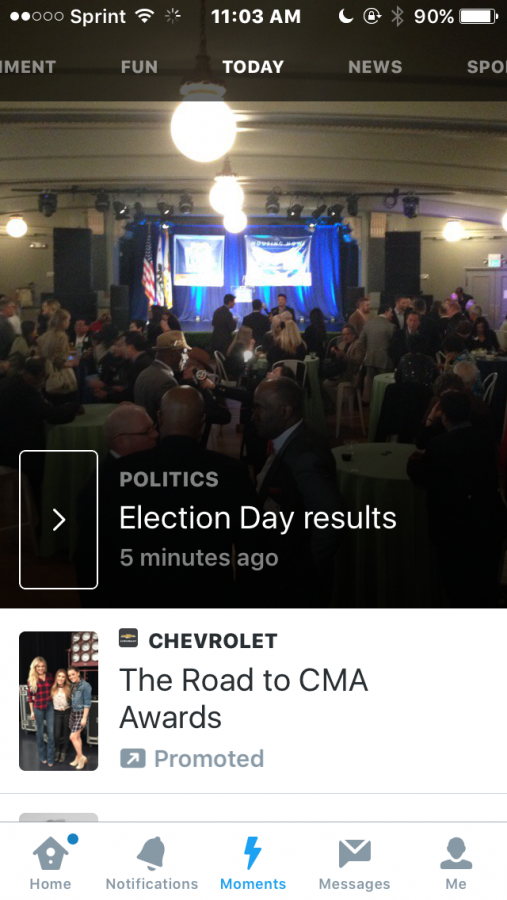 Twitter has designed the moments section to be user friendly and entertaining.

Twitter has made some big changes in the past few weeks. One of the most noticeable ones is a new section called “Moments.” This is used as an advertising channel and a way to track big events as they happen. Twitter will give advertisers a channel on Moments for 24 hours, where they can tweet, pictures, videos, and other content. Twitter has also made some other innovations to their site lately. They took off the 140 character restriction from the direct messaging feature and they have completely redesigned the profile pages and changed the word “favorites” to “likes”. Their goal is to make it an easier to use site where a mainstream audience can keep up with the world around them.

When you click on a moment, you will be able to see tweets, videos, Vines and GIFs in a single view. With this feature you can experience an event unfolding in real time and after it’s finished. Each Moment shows you the length at the bottom of the screen, so you know how much further to go before reaching the end. You can share the whole thing in a tweet when you get the end. Most Moments are manually curated by Twitter staff, but the tab will also feature partner moments from the Bleacher Report, Buzzfeed, Entertainment Weekly, Fox News, Getty Images, Mashable, MLB, NASA, New York Times, Vogue and Washington Post. Over time, Twitter says it’ll add more partners to allow a wide range of people to create Moments.

Twitter will include Promoted Moments in which a brand can tweet Ads for the company. For example, in its sports section, Twitter could include a Promoted Moment from a sporting goods store, which would stay for 24 hours in the Moments with upcoming NFL games. “Promoted Moments will have all the features of a Moment you see right now, and instead of curators creating the moment, it’ll be a brand,” said Matt Derella, Twitter’s vice president of revenue for North America. “The real estate they get is going to be really prominently displayed.” This new feature not only keeps people informed but also keeps users entertained.