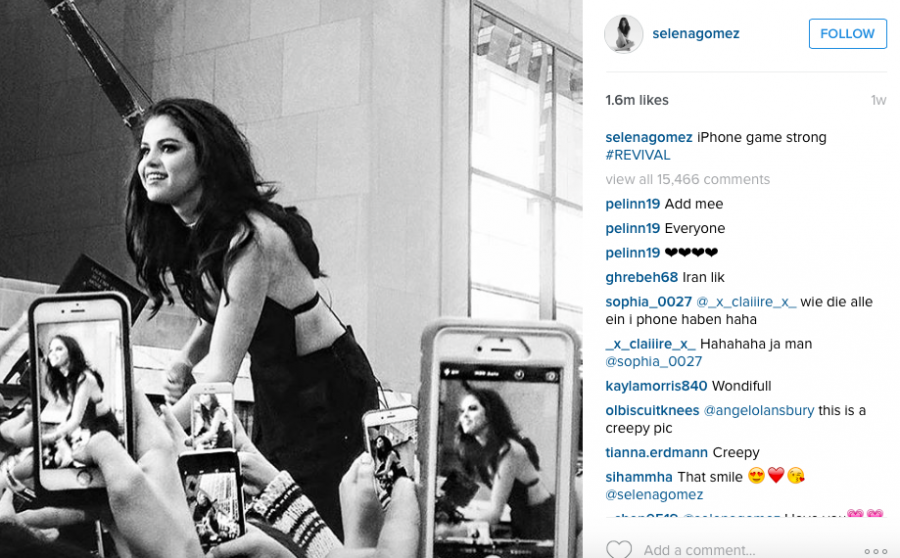 Who doesn’t love Selena Gomez? She is a hard working, sweet, and thoughtful woman and she inspires a lot of us young women in the world. However, she has recently revealed her diagnosis of the autoimmune disease called lupus. Lupus is is a chronic disease that can affect any part of the body — typically the skin, joints, blood and kidneys, according to the Lupus Foundation of America  Carl Charlotte a freshman here at Academy of the Holy Names mentioned that she is a huge fan of Selena Gomez and hearing about her illness is very sad and heartbreaking because she is such an amazing person.  Rumors and different websites have said that Justin Bieber, Selena’s ex-boyfriend has been involved a lot in helping her and supporting her through this really rough and stressful time.

According to the Lupus Foundation of America, “The immune systems of lupus sufferers essentially go haywire, and instead of fighting off viruses and bacteria with antibodies, their bodies create autoantibodies that attack healthy tissue. Symptoms can include fatigue, fever, weight loss, painful joints, rash, hearing loss, anemia, abnormal bloating and mouth ulcers.”  Gomez mentioned thats why she took a break out of spotlight when cancelling the Australian and Asian leg of her tour in December 2013. Selena says, that she was diagnosed with lupus and she has been through chemotherapy, because if she did not take that break she could have had a stroke. She is being treated and is doing very well.

Selena Gomez recently put out her big reveal tour and album cover during all of this that just shows how strong and dedicated she is to her fans and herself. “It’s really amazing thats she is putting her fans before herself, she is great role model for young girls, and it’s awesome that she is sticking to her commitments,” says Sophomore Nina Alberdi.