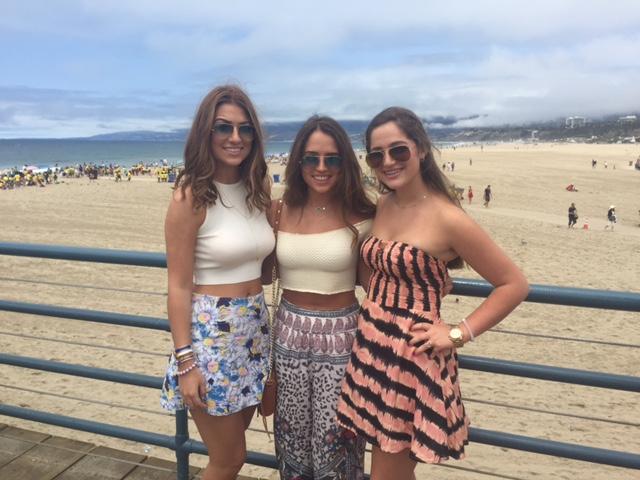 Siblings can be a blessing and a curse. They can sometimes be an automatic best friend for the rest of your life, and when you have siblings the craziest things happen For, just like best friends, siblings can get into fights and sticky situations. Brianna Benito (9) has a younger brother, “We get along so well, and we always have so much fun together.” If you have a sibling you know the perks of always having someone to have a good time with. Academy girls were asked the craziest stories they had about their siblings.

Jaime Jurado (12) has one older brother and one younger brother, “One time I was on the boat with my brothers and they both started fighting when I was driving the boat. I looked over and they both fell off the boat because they were fighting so much. It was scary at first, but after I realized they were okay I could not stop laughing.”
Gillian Dunne (12) and her sister, Emma, normally always get along, except for this one time when she took her clothes without asking, “Emma made me really angry so we started wrestling. When I had her pinned down I was messing around and accidentally drooled on her face. She thought I did it on purpose so she spit on me and I got my lotion and squirted it all over her.”


Mary DesRosiers (12) never turns down a dare, so when her brother dared her she could not say no. “One time my brother bet me five dollars to do a backflip in the pool and so I obviously had to do it. I did not know how to do one so I just threw it and I went back and fell on my head. The first thing my brother said to me was, “Don’t tell mom.”
Courtney Lasman (10) has two twin brothers who constantly tease her, “When I was twelve my twin brothers who were five at the time took the super glue I was using for a school project and glued my iPhone to the wall. I couldn’t find my phone for weeks and almost bought a new one, until I saw it hanging in their room. I didn’t have a case on it so the wall paint was stuck to my phone and ruined it.”
Lissa Ogden (11) used to do pranks with her brother until they went too far, “ We did pranks on each other and he gave her Nair instead of lotion one time so to get him back she spray tanned her brothers feet.”

Even though the craziest things happen, Academy girls love their siblings and would not be the same without them.