What Happens When Youtubers Take Things Too Far 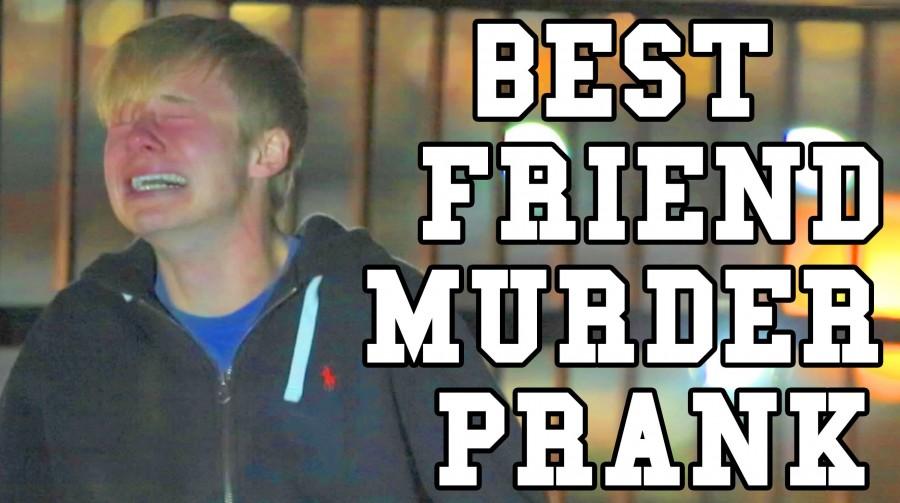 Social Media, in today’s day and age, is how people get their voice heard. People use different social media platforms as jobs. Being a “Youtuber” is becoming a high paying job for some teens and young adults. The beauty that social media has, including youtube, is that people have the “power” to explain and show people themselves. Senior Alexis Markines shared, “I don’t follow or watch a lot of youtubers, but I do love to watch the twins Jack and Finn’s videos because they are cute and they travel the world and help others and have fun doing it.”  They can relate to their subscribers and fans to make them happy and laugh or make them think, or to just give them helpful tips. Many celebrities, actors, musicians, models,  and “youtubers” rise to fame and seemingly become very successful at a young age and the appeal that they have to the public. With that being said, they must know that many people are watching every video they make, waiting for a chance to attack them over the smallest mistakes. They have to realize that any mistakes that they make will be seen and scrutinized by the public eye. Some tend to abuse their “power” and make pranks or videos that tend to be push boundaries and that are controversial to some and okay to others. But when do the pranks cross the line? When do YouTubers take advantage of the “power” they hold?’

Recently Sam Pepper uploaded a controversial video that misused the meaning of a “prank”. Sam Pepper’s video, “ Killing Best Friend” is currently sitting with over 7 million views and is being talked about internationally and not in a good way. The video stared youtube duo Sam Brock and Colby Golbach.Sam Pepper and Brock paired up to prank Golbach by kidnapping him, shoving him in a trunk of a car and then driving him to a rooftop and then went on to pretend to shoot and kill Colby right in front of Golbach. Junior Olivia Stevens shared, “I was absolutely distraught after watching the video. All I could think during it was how could someone put another person through that and then call it a prank”.  By the end of the video, Golbach is emotionally distraught after believing he witnessed a masked stranger execute Brock before his eyes. Hilarious, right? Not so much.  In light of recent events that are going on around the world, people didn’t take the video too lightly.

I honestly don't know how you could possibly think it's OK to put someone through this. https://t.co/ISbgiutO9y via @Change

if you feel like you messed up today, just remember that Sam Pepper lowkey pranked a kid with kidnap and murder

Sam Pepper took the internet and said, “ Though, it’s easy to see why the whole furore is a little mystifying. My entire empire is founded on pushing boundaries of acceptability, and no one involved in this particular prank is angry – the video includes an epilogue where I chat with Sam and Colby, and Sam grins and exclaims “that was crazy!” Contrary to Pepper’s thoughts, the public outcry in social media circles with many calling for the removal of the video because of the disturbing content, but Youtube is refusing to take it down due to freedom of expression; however, that doesn’t stop the public.

Even though you can’t successfully kick someone of the internet, there is a petition to get Sam Pepper off of Youtube. The petition states, “He clearly doesn’t understand boundaries or have any respect for those people who have lost their lives and believes that murder can be staged as a prank. It is disgusting especially as it appears to mirror situations where people really have got killed. Sam Pepper needs to be stopped. This is not his first offence and it won’t be his last, unless we stop him.”

Why is Sam Pepper still allowed to make videos

Check it out for yourself and Comment your thoughts below!