J.K. Rowling will release Harry Potter and the Cursed Child Part I & II this summer

A sequel introduced to the series that changed the world 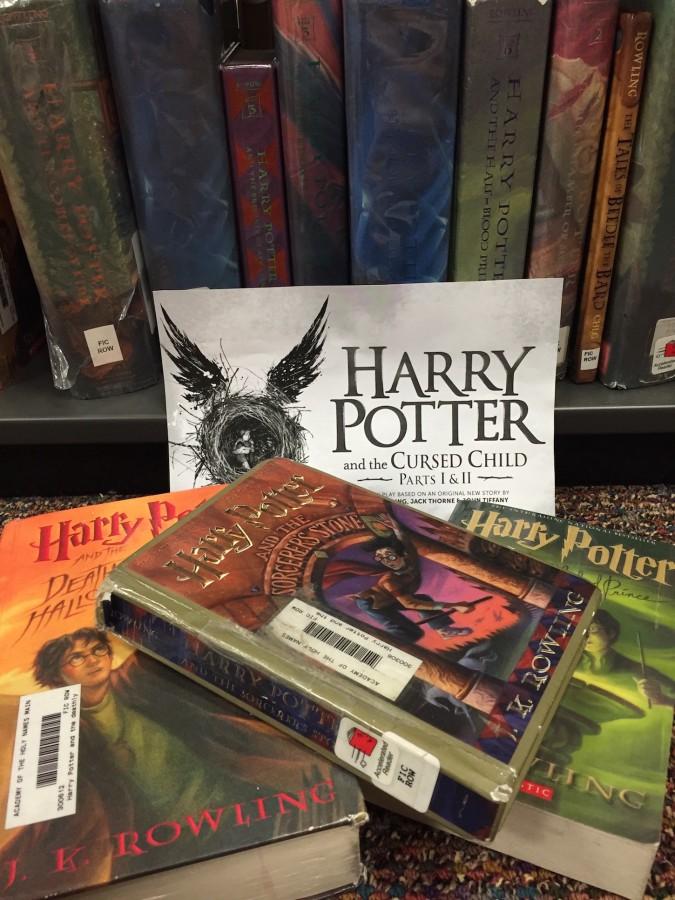 Rowling started writing the Harry Potter books on a napkin in a local cafe.

J.K. Rowling, author of the Harry Potter series, has just announced that she will be publishing a sequel to the series that the world fell in love with. It will be called Harry Potter and the Cursed Child Parts I & II, more commonly known to fans as Harry Potter Book 8.

Until now, fans have been hungry to get more about Harry Potter’s world and upset when they were getting nothing. Even in April of last year, Rowling stated that a book 8 of the Harry Potter series was out of the question.

This book is not a new story from Rowling, however. It is actually the script for a play by Jack Thorne, with help from Rowling, also titled Harry Potter and the Cursed Child Parts I & II. This play was officially named a sequel to the series before the book was even an idea. It will be brought live on stage on July 30 in London.

Rowling and the other playwrights, including Thorne, only considered making the play into a book when they saw the disappointment of so many fans unable to ever come to London to see this production. The print version of Harry Potter Book 8 will be released moments after midnight on July 31, and the electronic version will come out the next day on Pottermore, Rowling’s digital Wizarding World.

Senior Sarah Chowdhari, who is a fan of the series but does not consider herself a fanatic, states that she “was literally jumping up and down with excitement” when she found out that the series would continue with Book 8.

The plot of the book is said to pick up moments after the final scene in the Harry Potter and the Deathly Hallows when Harry is waving goodbye to Albus, his oldest, at Platform Nine and Three-Quarters, 19 years after the battle of Hogwarts. It will follow Harry’s life as an employee of the Ministry of Magic and Albus’ struggle with the legacy he must follow at Hogwarts.

Junior Olivia Valdes is only a fan of the movies, and has never read the books but still is exciting for Book 8 because “I see this new book as hope that it will someday be made into another Harry Potter movie so I can add that to my Harry Potter movie marathon list!”

Sophomore Katherine Hahn has a different view toward this new book because “I think some things need to be left alone, so I would prefer a prequel. I like the idea that everyone gets to create their own ending to the story.”

The Harry Potter series overall have sold over 450 million copies, one year even outselling the Bible. It has been translated into 79 different languages and every single book has been turned into some of the most successful films of the 21st century.