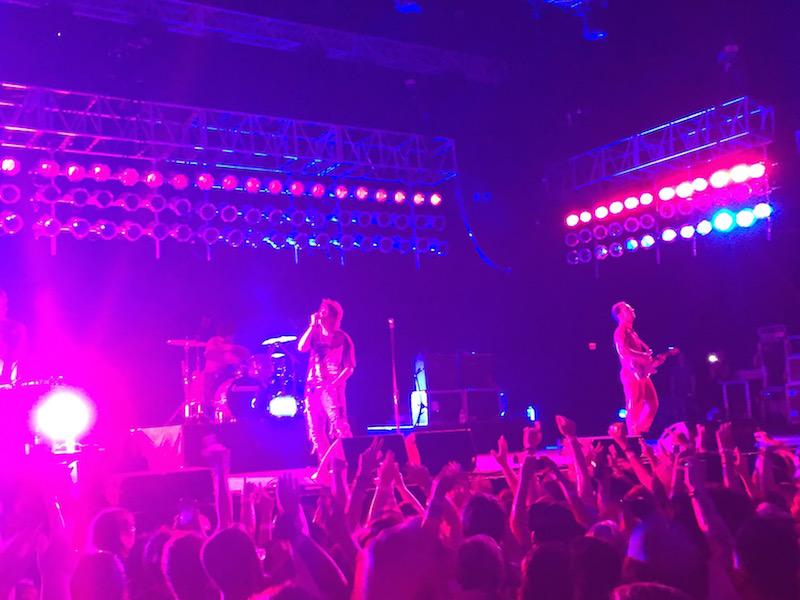 The Strokes came to Tampa earlier this year.

Get ready Academy because concert season is coming! You may have felt rather glum recently- having to simply listen to music on Spotify- but your spirits are about to be revived. Below is a list of popular artists and bands coming to the Tampa and St. Petersburg area starting April 28.

Popular songs: “I Will Follow You Into the Dark”, “The Ghosts of Beverly Drive”, “Soul Meets Body”

State Theater/ St. Pete
Popular Songs: “Family and Genus”, “Dearly Departed”, “Only Son”
**You may not have heard of this guy but give him a chance (he’s really good :))

The Griswolds/ Magic Man- May 24

Amalie Arena – Tampa, FL
Songs: “On My Mind” “Love Me Like You Do”, “Something In The Way You Move”

MidFlorida Credit Union Amphitheatre at the Florida State Fair Grounds
Songs: “Take It Or Leave It”, “Wherever You Go”, “You Better Listen”

State Theatre
Songs: “Dancing On Glass”, “Elevate”, “All Eyes On You”

Midflorida Credit Union Amphitheater
Songs: “Crash Into Me”, “Ants Marching”, “So Much To Say”

Below is a playlist of all the popular songs to get you familiar with the coming artists.