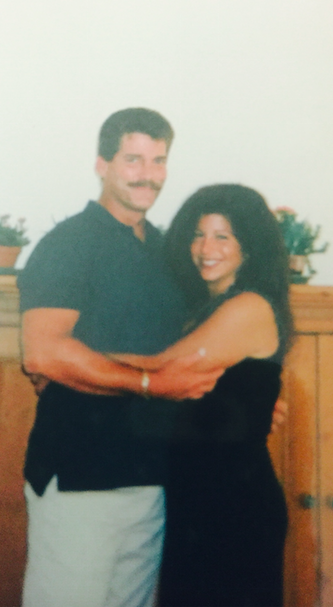 We’ve all had them. First dates are awkward, you don’t know what to expect, and often times they suck.They can make or break the future of your next date. Here are a few first date horror stories from Academy girls, and one special faculty member, sure to make you believe that maybe it’s better to live the single life.

“I went on a double date with my friend and her boyfriend who had been dating for a while. He was really nervous and when we got to the movies he sat next to completely still. Making matters worse, my friend decided to take his arm and put it around me. It was kind of awkward but looking back it was hilarious.” – Alejandra Lozano, Senior.

“I went on a group date to Howl O’ Scream and we decided to go on the new ride, Falcon’s Fury. I swear my date was about to pee his pants and cry at the same time, out of fear for the ride.”- Ally Wehle, Junior.

“I was meeting a guy at the movies for the first time. I got there, he wasn’t answering my texts so I figured he was already inside and I went ahead and bought my ticket (expecting to meet him inside the theater). But then, of course, he texted me asking where I was. Turns out, he was waiting to buy our tickets on the other side. It was a bad start to the night.” – Grayson Garraty, Senior.

“So on my first date with this guy I had been talking to a while, we had the awesome decision to go the beach. Sounds great, until you factor in that there’s about a 45 minute drive to get to the beach. Long car ride equals LOTS of awkward small talk. The more we talked, the more I realized we had nothing in common. And to top it all off, the guy had a truck that was about seven feet tall, making it extremely hard to hop in and out of the vehicle.” – Laura Henry, Junior.

“So I had been talking to this guy for about two weeks and I liked him. When he asked me out, I was ecstatic and anticipated the night to be perfect. Boy was I wrong. I enter the car on the way to our movie date and he explains that he only listens to Drake. Funny considering I hate Drake. Take it from me, first date movie dates are a bad idea. Midway through the movie, the guy tried to touch my leg and I jumped from my seat out of horror and surprise. I should’ve seen this coming, and in a way I did, but I didn’t actually grasp it. He was like, ‘what’? And I replied with ‘sorry’? Bad night.” – Anonymous

“My boyfriend and I have been dating for about three weeks now, but our first date was pretty awkward considering he attempted to Snapchat me, asking me if I wanted to ‘hold hands’ but ended up not Snapchatting me but another girl in my class. No worries, the next dates was better.” – Ana Maria Lefler, freshman.

“My first date with my husband was pretty funny and involved my students. At the time, I was teaching in New York but specifically lived a far distance from the school. Mr. Kearney took me to the nearest Starbucks down the street from where I lived, and we talked and chatted as we drank our coffees getting to know each other. The date was going really well, until I see Mr. Kearney’s eyes darted at two young girls at the edge of our table. As I looked up from him, I realized that he was glancing at two of MY students glancing at me with a smile in their eyes. They respond, ‘what are you doing here, Ms. DeMasi?’ It was a moment, my husband and I still laugh at.” – Lori Kearney, History department.