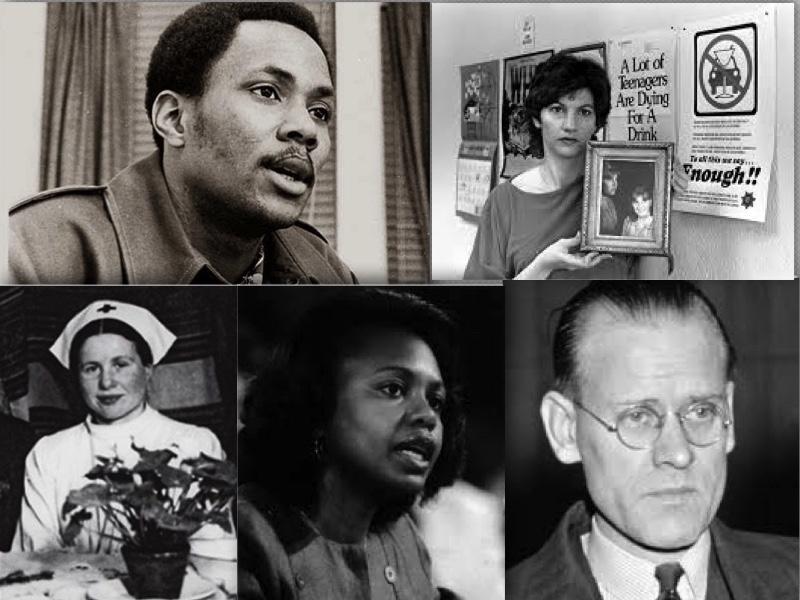 The world that people know today was shaped by a variety of historical events and notable people. George Washington, Martin Luther King Jr. and Eleanor Roosevelt are three of the first names that come to mind when someone hear the term “influential historical figure.”  However, there is a long list of unrecognized people who have profoundly influenced the development of the United States.

Junior Anne Marie Yatsula expresses, “We all know about the George Washington’s of history, but they are not the only ones who have shaped history. True history comes from the common people, the poor, the disenfranchised.”

Freshmen Caitlyn Asher points out, “Everyone remembers the first of things, but a lot of people forget the process.”

Below are five people that have had an impact on the world.

Anita Hill is a professor and attorney that was thrown into the spotlight when Clarence Thomas was nominated to be a Supreme Court Justice. Hill was called to confirm Thomas’ nomination because she once worked for him, however, she could not vouch for Thomas’ good character. Hill accused Thomas of sexually harassing her, adding that he never touched her, but that the harassment was verbal. Hill went to trial and after she realized that the drama surrounding the trial was not her goal, she withdrew. Although Hill did not win the case, she changed the way people view sexual harassment. After the trial, she received countless amounts of letters from women telling her how she inspired them and thanked her for speaking up.

Junior Liz Benjamin explains, “Anita Hill taught me that sometimes speaking up makes a difference even when you’re not not able to change your own situation, because it can inspire others to change theirs.”

People know who invented the telephone, the lightbulb, and the car, but the inventor of the television is virtually unknown. Philo Farnsworth was a scientist from a young age. In his high school chemistry class, Farnsworth came up with the idea of a vacuum tube that would eventually make the television possible. In 1927, after receiving funding to continue his research, Farnsworth released the first television prototype. The prototype was similar to the one he sketched in his high school chemistry class.

Freshmen Juliana Ferrie explains, “The invention of the television broadened our media and communication.”

Irena Sendler was a social worker when the Nazi regime came to power in 1939. As a result of Sendler’s profession, she had easy access to many children in Jewish ghettos. She made it her life’s mission to save as many Jewish children as possible. Sendler and her colleagues began with saving orphans. They would smuggle them out of the ghettos in discrete ways such as putting them in caskets or sneaking them out through underground tunnels. As conditions worsened she began asking parents to let her try and take their children to safety. Sendler was jailed and tortured, but she would not give up the names of her associates. She was eventually let out due to a bribe and continued her work.

Frank Wills was the security guard that discovered the Watergate break-in. He informed two investigators of the crime, however, the other two investigators were rewarded with a significant payout while Wills received nothing. Frank Wills essentially took down a president for shady activity that compromised the integrity of the United States, and got nothing in return. He passed away due to a brain tumor without a penny to his name.

Candy Lightner was a happily married mother of three until her daughter Cari was killed by a drunk driver. As a result of this tragedy, Lightner launched Mothers Against Drunk Driving. M.A.D.D. pushed for tough laws against drunk drivers. She tirelessly fought for reform and did not take no for an answer. Lighten was reported to have visited the California governor’s office every day until he agreed to step up a state commision. Her efforts caused the national drinking age to go up to 21. Inspired by her mom’s effort, her other daughter, Serena formed S.A.D.D. (Student Against Drunk Driving).

Junior Grace Neal explains, “Its crazy how one family’s tragedy can prevent so many tragedies for other families.”

These people all made significant contributions to society. All of them were courageous and tenacious when it came to achieving their goals and helping others. The five people listed are a testament to all of the unwritten people in history that have influenced the world today.